Gold prices are slightly up Monday. The recent depreciation of the U.S. dollar has been bullish for the precious metals.

In overnight news, the Paris-based OECD think tank reported the world's developed countries had slower economic growth in the first quarter of this year. However, the growth pace of these countries is expected to increase significantly in the second quarter. 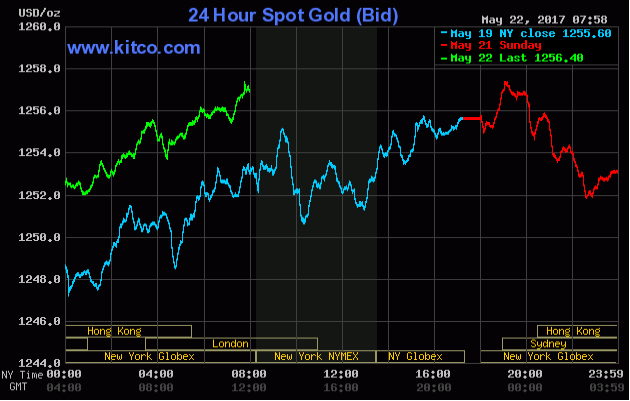 U.S. economic data due for release Monday includes the Chicago Fed national activity index, and the ISM semi-annual business and economic forecast. President Trump's full fiscal year 2018 budget is due out sometime this week. The U.S. economic data pace picks up strongly as this week progresses.