Renewing the OPEC production cut is up for debate during the OPEC meeting this week, and reaching an agreement would be a huge catalyst for oil prices.

In fact, oil prices could rise roughly 7% by mid-June if OPEC renews its oil production cut agreement at its meeting on Thursday, May 25, in Vienna.

When OPEC agreed to cut production on Nov. 30, 2016, WTI crude oil prices surged from $45.23 a barrel before the agreement to $53.72 by the end of the year. By agreeing to slash production, OPEC hoped to reduce oil inventories and drive up oil prices. Oil futures traders agreed, pushing oil prices 16% higher ahead of the deal's official start date. 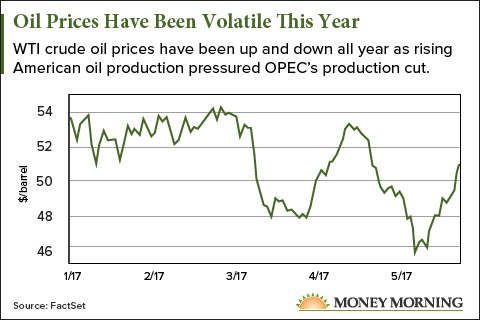 The reason the OPEC meeting this week is so important is because a production cut could lead to more stable prices. If OPEC extends its production cut, there will be more confidence that oil inventories will continue to fall and boost oil prices to a consistently high plateau.

Here's what investors can expect on Thursday, including whether OPEC will extend its cuts...

What's at Stake in the OPEC Production Cut Meeting

On Nov. 30, the member states of OPEC and 11 other countries agreed to cut their collective oil production by 1.8 million barrels a day. The deal went into effect on Jan. 1 and was set to last six months. OPEC and the 11 other countries are now deciding whether to extend these cuts for nine more months.

If OPEC renews its production cut on Thursday, the agreement will extend to March 2018. Adding that much time to the production cut deal should ease traders' minds enough to boost oil prices, especially in the near term.

Saudi Arabia and Russia are two of the top three oil producers in the world, alongside the United States. That makes their participation and leadership crucial to getting an agreement. 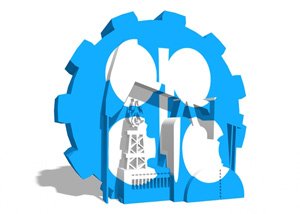 But these countries have not always been supporters of OPEC cuts. In December 2014, Saudi Arabia walked away from a production cut agreement in hopes that lower oil prices would put America's growing shale oil industry out of business. Oil prices crashed from $106.83 a barrel in 2014 to $29.42 in 2016, a 73% fall.

The Russians have also been reluctant to cut deals in the past. Before the last OPEC agreement in November, the CEO of Russia's largest oil company, Rosneft, poured water on the deal. In October, Igor Sechin held a press conference, asking, "Why should we do it?"

Now, these two countries are in the driver's seat ahead of the OPEC meeting on Thursday.

And leaders from Russia and Saudi Arabia have opened up to the press in the last week about where they stand on renewing the OPEC deal. Here's what they're saying and what it could mean for oil prices this year...

Will OPEC Extend Its Production Cut?