The world markets have not shown significant reactions to the terror bombing attack at a concert in Manchester, England that killed nearly two dozen young people and injured scores. These major terror attacks that occur a few times each year, unfortunately, are not surprising to the markets any more.

In overnight news, the Euro zone's Markit composite purchasing managers' index (PMI) came in at 56.8 in May, which is unchanged from April. The number is considered very robust and continues a string of generally upbeat economic data coming out of the European Union. Any PMI reading above 50.0 suggests growth in the sector.

Major economic focal points of market watchers this week are the Federal Reserve's FOMC minutes released on Wednesday afternoon and an OPEC meeting that begins Thursday.

The key outside markets on Tuesday morning find the U.S. dollar index slightly lower and trading near a six-month low. The dollar index bears remain in firm near-term technical control. Meantime, Nymex crude oil futures prices are also weaker after hitting a four-week high Monday. News the U.S. government may sell off some of its crude oil stocks has put some pressure on the oil market. Crude oil prices have trended solidly higher recently, to suggest sideways, or sideways-to-higher, price action in the near term. Thursday's OPEC meeting is expected to see the cartel continue its lower production quotas that were implemented last fall. 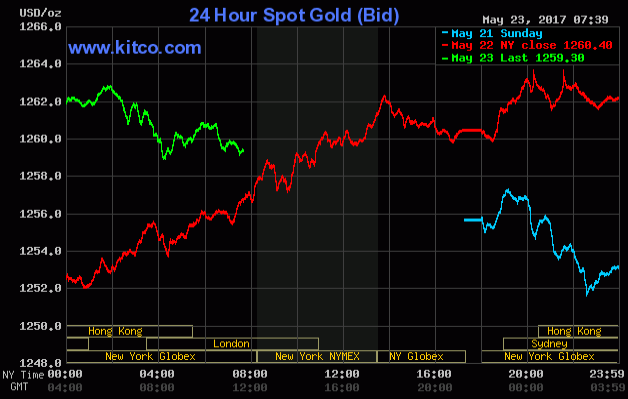