Residents of the Golden State voted to legalize recreational marijuana in November 2016, but full legalization could face delays as lawmakers fight to rework marijuana laws in California.

Some California lawmakers want to ban cannabis edibles (candies, brownies, cookies), because they believe children will confuse the edibles for regular food. 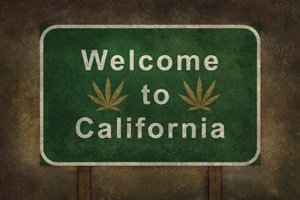 Other lawmakers want to focus on updating the medical marijuana laws passed over 20 years ago to coincide with the legalization of recreational marijuana.

These topics are all still being debated.

However, because of a 211-page document filled with proposed regulations, there's a clearer picture as to who will regulate the cannabis industry in California…

On April 28, California published its plans to change the state's marijuana laws with a 211-page proposal.

The document details the standards for businesses in the state's marijuana industry, the size of cultivation operations, limits on daily medical marijuana sales per patient, and even business hours.

There are also detailed regulations for laboratories, cultivators, distributors, transporters, and retailers.

And even though the vote for recreational marijuana just passed in November 2016, California has been preparing for legalized recreational cannabis before that.

California Gov. Jerry Brown signed three bills that were collectively known as the "Medical Cannabis Regulation and Safety Act" in 2015. When those bills were signed, it became mandatory for the state to put together strict requirements for cannabis businesses in California by the beginning of 2018.

Those same bills also created a new state position that some have called a "pot czar." Lori Ajax, chief of the Bureau of Medical Cannabis Regulation, will oversee and create necessary regulations for the California cannabis market.

And when recreational marijuana in California is legalized, it's going to create a pot stock boom as marijuana sales go through the roof.

"At this point, it's impossible to know the full economic impact, but it's safe to say it will be in the billions," Money Morning Director of Technology & Venture Capital Research Michael A. Robinson told me on Nov. 8.

That's why, in an exclusive broadcast, he shared five tiny pot stocks that could potentially turn a small stake into $100,000…

I'm thrilled. I can't wait to retire in style. Thanks for this incredible opportunity.