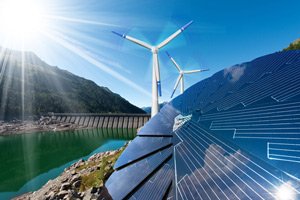 To help our readers find the best renewable energy stocks, we're giving you our top clean energy stock pick for 2017. This stock is one of the best ways to profit from the triple-digit growth coming to the clean energy industry...

While renewable energy has these key advantages over fossil fuel sources, fossil fuels have always been cheaper. That's no longer true...

Investors covet that sort of triple-digit growth, and owning the top clean energy stocks is one of the easiest ways to ride renewable energy's growth to once-in-a-lifetime profits. Here's our top clean energy stock in 2017, one that Wall Street analysts are projecting could reach double-digit gains this year alone...