You can spend hours on Google Earth "touring" exciting places all over the world – but that's just a tiny slice of what satellite imaging can do. 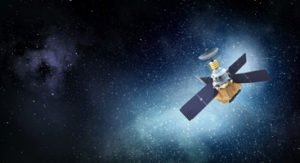 It can tell us exactly how much corn will be produced by farms in Iowa this season. Or how busy your local supermarket will be this weekend, compared to the same time last year.

And now, in one of the most game-changing abilities of satellite imagery, we can find out exactly how much of China's oil is available at this moment…

All thanks to pictures and raw data collected by satellites orbiting the planet – and a proprietary, machine-learning algorithm that pieces together the data – developed by Silicon Valley startup Orbital Insight.

Orbital Insight Is the "Eye in the Sky"

For example, Orbital Insight uses satellite imagery to count cars in store parking lots to determine customer flow – what times are the busiest for retailers, how many people are shopping in the store, and to which stores they go. Today, Orbital Insight maintains its U.S. Retail Traffic Index, which tracks more than 90 major retailers, providing snapshots of particular companies and the overall health of the U.S. retail economy.

Similarly, the company uses images to answer more complex questions, like "What is the U.S. corn yield going to be this year?" In fact, Orbital Insight can process satellite imagery on the entire U.S. Corn Belt to calculate the quality of the crops.

They do it by looking at the crops' chlorophyll content. Chlorophyll – which collects sunlight and turns it into energy – reflects infrared light when sun bounces off the plants. Orbital Insight measures infrared light in the satellite images to detect exactly how much chlorophyll activity is occurring – thus determining the "healthiness" of the crops.

The technology that Orbital Insight has developed represents a leap forward in the types of problems that artificial intelligence, or AI, can solve.

You see, there's not a whole lot of precise data available on the rate of fracking, production, or consumption of crude oil – especially in China, the world's second-largest economy. This is a problem because crude oil prices are based on the net between supply and consumption, so it's important for investors in crude oil to have the most up-to-date, accurate data possible.

Orbital Insight has even discovered oil storage tanks in China that were previously unknown to international organizations.

"Computer vision might sound like the latest 3D eyewear, but it's actually a field of research for designing machines with the ability to process, understand, and use visual data just as humans do. The eyes, in this case, usually consist of a camera," explained Nanalyze in November 2016.

Not only can Orbital Insight's computer algorithms detect and identify China's oil tanks, but they can also measure exactly how much is in them, effectively calculating overall supply.

"The volume of the oil is visible because the tanks have floating roofs," the company explained in a blog post last year. "Using our shadow detection techniques, we can gauge the size of the crescent-shaped shadow on the roof and calculate how full it is."

Compared with what investors rely on right now, the real-time data that Orbital Insight provides is the Holy Grail. You see, most investors rely on the International Energy Agency Oil Market Report, which is about six weeks old by the time it is released to the public.

Besides the awe of this technology, this capability is a big deal because of China's typical lack of sharing. You see, nearly all of the information in the report about China's oil supply comes directly from the Chinese government, which has been accused of fudging numbers.

"China's provincial and national economic numbers have always been under suspicion for their accuracy," reported Fortune in 2015. "A study by one economist estimated that from 1978 to 2012, China's GDP actually grew by 7.6%, which would be around 2.2% lower than the official 9.8% figure."

China does this in part because underreporting the amount of available crude oil (which Orbital Insight aims to expose) artificially inflates prices, which is a way for oil producers to make higher margins. And since China's biggest crude oil companies are state-owned, that means higher profits for the Chinese government.

Orbital Insight has even discovered oil storage tanks in China that were previously unknown to international organizations.

According to a September 2016 report from Marketwired, Orbital Insight identified over 2,100 petroleum reserve tanks in China at the end of 2014 – four times more than the 500 tanks reported in the industry standard database, TankTerminals.com.

Orbital Insight wants investors to be able to use this information to make better bets on commodity prices.

"[T]hese findings have already dramatically changed our understanding of the amount of oil that can be stored in China, which gives investors the opportunity to price oil based on a more realistic estimate of supply," the company wrote in its September 2016 blog post. "We will be expanding this product for Europe, Russia, and the Middle East to confirm their reports and offer independent, accurate, and timely updates on worldwide oil supply."

In other words, this satellite startup could lead to a correction in China's oil prices. And now it's on to the rest of the world.

Some say China wants to hide the fact that it's building up reserves in case of a war in the South China Sea.

Here's the catch: the Pentagon has a $45 billion secret weapon to prevent this from happening. And you could profit from it right now…