Exxon Mobil Corp. (NYSE: XOM), one of the world's biggest oil producers, is lobbying President Donald Trump to stay in the Paris Climate Accord because of one undeniable truth...

Demand for oil will keep growing... no matter what. 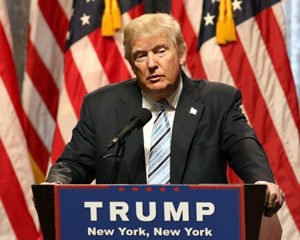 "Population growth and a desire for higher living standards will increase usage of petroleum-derived fuels," said Exxon CEO Darren Woods at the firm's annual shareholder meeting in Dallas yesterday (May 31).

"Global oil consumption will continue to grow to 2040," Birol said, according to Forbes on Nov. 11, 2016, "despite the Paris Climate Change Agreement reached [in 2015] to try to cap greenhouse emissions."

To this point, Woods told XOM shareholders that the United States should stay in the deal in order to keep ongoing global environmental efforts - such as stronger emissions caps -- from affecting the oil companies' profits.

In doing so, the United States could also maintain good standing with our trade partners across the world.

Indeed, although there are no punitive measures outlined in the Paris Accord, repercussions could emerge collaterally if America bows out. For example, China recently threatened the United States with negative trade ramifications should Trump refuse to attend.

But Kent's reason is slightly different - and more altruistic, perhaps - than Exxon's...

Kent wants to protect your money from the Paris deal while helping you make more. And he's scrutinized the deal since its Dec. 12, 2015, signing in search of underlying profit plays (much of the time while actually in Paris). Like Woods and Birol, he too believes that global oil consumption won't stop anytime soon.

And efforts - especially hasty ones made on a global scale - to curb both petroleum consumption and greenhouse emissions simultaneously could ultimately hurt Americans.

Don't Miss: Being hailed by many experts as energy's "Holy Grail," this new "superfuel" 1,693 times more powerful than the gasoline that runs your car. The mainstream investment media isn't even talking about it yet. Read more...

On April 17, Kent wrote that the "U.S. energy balance" has never been a "search for a 'silver bullet' to wean us from dependence upon foreign crude oil (or domestic, for that matter)."

Such an endeavor, he said, is wholly unrealistic and could "cripple the American workforce and kill local economies from California through Texas to Pennsylvania."

That devastating effect could occur - especially if the United States backs out of the deal - because of the various ways Americans rely on foreign oil in order to thrive.

These are all reasons for the global community to make major changes under the Paris deal - and, yes, to U.S. consumers' economic and manufacturing detriment.

But with a reserved seat at the Paris deal's table, the United States could take steps to avoid economically stringent standards such as even more suggested caps and regulations.

And on top of all that, America leaving the Paris Climate Accord would also mean ignoring the obvious...

Curbing the Outcome by Joining the Effort

Indeed, this is an area in which the United States is actually already thriving. Still, the U.S. could economically flourish even further by strengthening its efforts via relations borne of the Paris deal.

Because these efforts produce renewable profits that are being unlocked for investors by the minute...

For example, Kent's Energy Advantage readers have already begun to profit from the best of those domestic companies leading the United States into this new energy age.

One such company is Valero Energy Corp. (NYSE: VLO), which is up over 300% since Kent first recommended it in 2011.

Have a look at more of Kent's "Energy Revolution" profit plays right here...

Establishment politics has been rejected with the success of voters selecting Donald Trump to lead US out of the sewers of prejudice and hate that were started by Socialism's drive to destroy their enemy to World Domination, our US Constitution. Our current problems are the continuation of the Socialist goal that have been perpetrated by the ' Demonicrat ' political party that picked up the baton from Socialists under the guise of Progressivism. The Progressive goals were defined by Edwin Witte, the father of Progressives and the person who told me personally at my U. Wisconsin MD graduation ( MD in '53 ) that his Government Healthcare Bill would result in Government ownership of me as a physician. In 2013 I wrote a letter of congratulations to " Obama " for reinstituting ' slavery ' to US. Delfin J Beltran, MD