The Dow, S&P 500, and Nasdaq just closed at record highs for the second day in a row yesterday (June 1). But investors are concerned these soaring highs could end in a worst-case scenario: Stock Market Crash 2017. 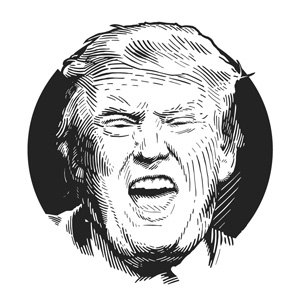 A destabilizing event could lead to investors fleeing stocks, and that could be enough to crash the stock market. Just look at how the Dow reacted to the news released on May 17 that President Donald Trump asked former FBI Director James Comey to end the FBI's investigation into Russia. The Dow fell 373 points, its worst fall in eight months.

Here's why that could cause a market crash in 2017, and why a single event could be enough to set it off...

A stock market crash could happen thanks to hugely overvalued stock prices.

Right now, the Shiller P/E ratio, a measure of stock market value, is at 29.78. That's 78% higher than its historical mean. But what makes this soaring valuation even more troubling is that it's even higher than it was before the 2008 stock market crash, when it reached a high of 27.4.

Soaring stock market valuations might not be a problem if stock prices were boosted by economic growth. But that's not what we're seeing right now.

The stock market's performance is likely due to low interest rates from the U.S. Federal Reserve. Low interest rates have made borrowing money cheap, and corporations have taken advantage of it to buy shares of their own stock.

You see, after the 2008 financial crisis, the Fed tried to boost the economy by cutting interest rates. By the end of 2008, the Fed slashed rates to 0.25% compared to over 5% before the crisis started. That was meant to make borrowing money cheap in the hopes that businesses would borrow and reinvest in the economy.

But the trend of more borrowing extends to investors too. Margin accounts - brokerage accounts that let customers borrow money using their stocks as collateral - just hit an all-time high this week.

Yesterday, The Wall Street Journal reported margin debt on the NYSE hit $549.2 billion last month, a new record high. It's possible investors are using the debt on other purchases, but most investors use margin debt to buy more stocks.

That means billions and trillions worth of borrowing have helped boost stock market prices to stunning valuation levels. But that also means companies and investors alike can't afford to take losses because they have to pay back their loans, cheap or not. And that could mean a major sell-off if something spooks the market...

Could Trump Cause a Stock Market Crash in 2017?

The "Trump Rally" has seen the stock market rise since Election Day, with the Dow up 16% since then. But as president, Trump could cause the sort of destabilizing event that would start a Wall Street sell-off and a stock market crash in 2017...

For example, the United States dropped the "Mother of All Bombs" (MOAB) in Afghanistan on April 13, and the Dow immediately fell 135 points. The fear of an escalated foreign conflict could have spooked investors. But that pales in comparison to what even bigger events like impeachment or a war with North Korea might look like.

What Can We Expect from North Korea in 2017

And tensions with North Korea could escalate. Just this weekend the rogue state test-fired another missile into the Sea of Japan, and today American and Japanese warships are making a show of force in nearby waters.

These large-scale events could be enough to send stock owners fleeing for safer assets, and that could end with the next stock market crash.

But Money Morning readers shouldn't panic. We have a strategy to stay in the market and protect your money during a stock market crash...

How to Protect Your Money from Stock Market Crash 2017

You mentioned the practice of corporations borrowing money so they can purchase shares of their stock, but you didn't mention the real reason they do this. It's known as "financial engineering," and reduces the number of shares outstanding such that earnings are measured against fewer shares, making headline percentages appear better than they really are. The subsequent buying of their shares and higher share prices after doing this results in greater bonuses paid to executives. It's a shell game, and is basically defrauding the system to line the pockets of a select few. It also reflects poorly on economic conditions, when companies would choose to do this rather than invest in expansion.

Enjoy the ride, if a Selloff starts , you Sell all your holdings too. Crash is not going to happen in one day. Always another day u can buy at a cheaper price. Don't have to be invested 24/7 – 365.