The OPEC oil deal is not in peril, though the mainstream media would have you think otherwise...

Oil prices fell yesterday after member countries like Saudi Arabia, the United Arab Emirates, Egypt, and Bahrain cut diplomatic ties with Qatar. These nations have closed borders and ceased all travel to and from Qatar, demanding that Qatari military troops be withdrawn from the war in Yemen.

The nations initiating the separation claim that their small, uber-wealthy neighbor was, and has been, actively supporting Islamic terrorists.

And, yes, news of the severance with Qatar -- a top global liquefied natural gas (LNG) and condensate shipper -- immediately dented the oil market... 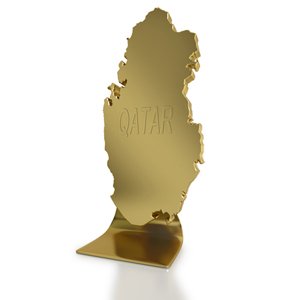 These exaggerated headlines obscure one fact that investors (and the general public) should keep in mind from now on...

"While this latest spat between OPEC member countries has the potential to give short-term oil prices a hit (like we saw)," said Money Morning Global Energy Strategist Dr. Kent Moors yesterday, "it won't fundamentally reshape the oil market."

Dr. Moors, who's a 35-year expert in global oil and gas policy, went on to remind readers that "[Qatar] is only responsible for 32,000 barrels of the OPEC agreement to cut 1.8 million barrels of product a day. As OPEC's third-smallest oil producer, even if Qatar decides to forsake the agreement, it doesn't produce enough oil to counteract the OPEC agreement."

And to that point, the oil cartel itself has survived amid far more chaotic circumstances anyway - through tragedies with staggering human life tolls and battles that caused irreversible infrastructure damage to their countries.

Have a look at the war notches on the cartel's belt...

After OPEC's "birth" in September 1960 to counter the private multinational companies (known as "The Seven Sisters") that had a headlock on the international market, tensions surfaced within its own member countries.

These tensions were expected, given the cartel was formed among Middle Eastern countries that had been fighting centuries-old squabbles. OPEC arose with a singular focus in mind: controlling the global oil market that thrived upon the black gold that sprang forth from their lands.

It was that last November 2016 OPEC deal, plus the cut's extension on May 22, that convinced Dr. Moors to expect incredible upside for oil in the months ahead.

"Once Wall Street and the financial media stop overreacting to short-term events [like Qatar's isolation]," he said yesterday, "the OPEC agreement will work to push oil prices higher this year."

But just in case you want an oil profit play that banks no matter what the price of oil is, Moors also suggests this dividend stock...

Magellan MLP Is a Perfect Play for Wary Oil Investors

Magellan Midstream Partners LP (NYSE: MMP) is a master limited partnership (MLP) - a company that makes 90% of its total revenue from oil or other natural resources and that usually operates in the midstream sector. In other words, it stores and transports oil instead of producing (upstream) or selling (downstream).

And believe us, OPEC - if you can't tell by now - will keep its black gold flowing no matter what.