The next general election was supposed to be held in 2020, but Prime Minister Theresa May of the Conservative Party called for a "UK snap election" in April. 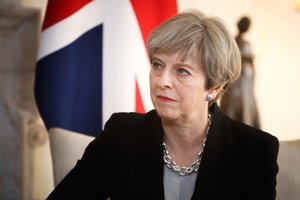 May wants Britain to be unified before Brexit negotiations are finalized in 2020.

The party with the most seats will have an easier time pushing its agenda.

As of June 7, betting service SkyBet.com placed 1/14 odds the Conservative Party would win the most seats in the June 8 snap election, projecting it has the best chance of winning. In comparison, the odds of the Labour Party winning are 7/1.

But if the race is closer, it may take longer to announce a winner…

When the UK Snap Election Results Will Be Announced

If the vote is close, it will take longer to announce a winner. If not, British voters will have a better idea of who won in the early morning on June 9.

It takes 326 seats for an overall majority in the House of Commons. So at a certain point, one party may have an overwhelming lead that can't be overcome even before all of the votes are tallied.

Newspapers may then "call" a winner before an official winner is announced.

While this election may not seem important for U.S. investors, it could drastically impact the U.S. stock market.

To help our readers protect their investments from the potential volatility resulting from the vote, Money Morning Resource Specialist Peter Krauth has a strategy to minimize losses and increase the value of your portfolio.