California has always been progressive with its cannabis laws, becoming the first state to legalize medical marijuana in 1996 and recreational marijuana in November 2016.

Now the state is taking a bold step to further protect marijuana users, and it could send the prices of two marijuana stocks skyrocketing. 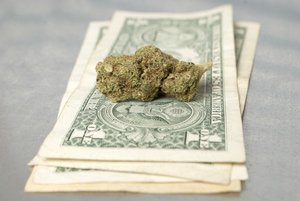 More on those two pot stocks in just a bit…

You see, Democrat Assemblyman Reggie Jones-Sawyer proposed a bill on June 2 that would prevent state and local law agencies from helping enforce federal drug laws. Marijuana is still illegal under federal law, so cannabis business owners are worried about their businesses getting shut down.

But under this new bill, as long as marijuana users are compliant with California law, state and local law enforcement will not join in on raids by federal agents.

The bill was passed by the State Assembly on June 2 and was sent to the Senate on June 5. It will need to be approved by the Senate before Gov. Jerry Brown (D-CA) can sign it into law, but the bill has a lot of support, according to LA Weekly.

If it passes, California will be a "sanctuary state" for marijuana users and businesses…

Marijuana Stocks Could Skyrocket Because of This New California Bill

Yes, federal agents can still crack down on cannabis businesses because they're illegal under federal law. However, raids and other operations will be more difficult to coordinate without the help of the local law enforcement.

It will take the federal government longer to build a case without the input and knowledge of local and state agencies.

This provides extra protection for cannabis firms that comply with California law.

TRTC is a California-based company that cultivates and sells medical-grade marijuana.

The company has been called the "Starbucks of weed" as it tries to provide the same look, feel, and experience as the coffee shop in all five of its Blum dispensaries.

And to prepare for the marijuana gold rush in California, Terra Tech just launched a new "Craft Cultivation" model on May 24 to expand its cultivation capabilities. The company executed a one-year lease with Panther Gap Farms in Northern California to produce up to one full acre (44,000 square feet) of cannabis cultivation.

This new "Craft Cultivator" is expected to produce one metric ton of high-grade cannabis annually. Depending on the quality of the marijuana, one ton could be worth between $7 million and $10 million.

Eventually, that additional revenue could help the TRTC stock price climb. But because marijuana is illegal under federal law, this cannabis penny stock is a speculative investment.

It's also down over 50% so far in 2017, but it's still on our watch list as California has legalized recreational and medical marijuana.

The Biggest Pot IPO of the Year: A highly anticipated marijuana company IPO will happen any day now, and analysts are projecting a massive 254% gain right off the bat for private investors. But you must hurry…

Through extensive research, we also found a way to play the booming cannabis market without investing in companies that produce and sell marijuana.

In fact, California will be spending a total of $15 million over five years in this particular marijuana sector…

Where are the rest of the California Marijuana companies that will list on as Penny Stocks?