In Dow Jones news today, the markets were flat as President Donald Trump proclaimed on Twitter Inc. (NYSE: TWTR) he was vindicated after former FBI Director James Comey testified before the Senate. 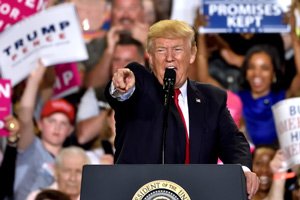