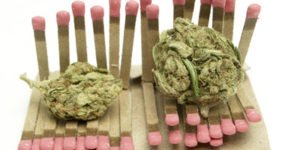 With the trend towards even more states legalizing medicinal marijuana, we're giving out three pot stocks to watch today...

And one medical marijuana stock we're watching could climb nearly 100% in the next 12 months...