The Aramco IPO value is reported to be over $2 trillion, but that eye-popping number might not be the most accurate valuation. 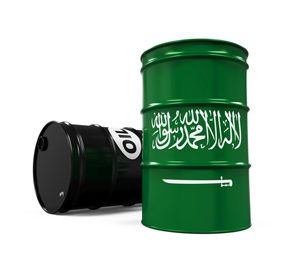 But that historic valuation might not be completely accurate, and that means investors need to do some more research ahead of the Aramco IPO…

What Is the True Saudi Aramco IPO Value?

Saudi Aramco first announced it was going to explore IPO options back in January 2016. At that time, the value of Aramco was reported to be over $2 trillion. But that's probably no longer accurate.

Saudi Aramco is so valuable because it controls all of Saudi Arabia's vast oil reserves. Saudi Arabia's reserves are 20% of the entire world's oil reserves, or 267 billion barrels of oil. Because Saudi Aramco is state-owned, it doesn't have to compete with any other companies for access to these oil deposits. Other oil giants, like ExxonMobil Corp. (NYSE: XOM), have to buy real estate or sign leases for the right to access oil in countries like the United States and Canada.

That's one of the reasons Aramco will be bigger than its global oil rivals. The combined market cap of ExxonMobil Corp., Royal Dutch Shell Plc. (NYSE: RDS.A), BP Plc. (NYSE ADR: BP), and Chevron Corp. (NYSE: CVX) is about $888 billion. That's less than half of the reported $2 trillion Aramco IPO valuation.

While unfettered access to Saudi Arabia's oil is one of the reasons for Aramco's high valuation and why investors are eager for the opportunity to profit from it, low oil prices might decrease its value.

The company first announced the Aramco IPO in January 2016. But that announcement came during a massive oil price crash. That meant the Saudi government wasn't getting nearly as much money on oil sales as it had in 2014 and earlier.

Despite Saudi Arabia's efforts to boost oil prices through the Organization of the Petroleum Exporting Countries' (OPEC) production cut, Brent crude still only trades at less than half its 2014 value at $48.15. That's given analysts pause about the whopping $2 trillion valuation. Even if Saudi Aramco controls Saudi Arabia's oil, that oil is now worth half the price it was just three years ago, and OPEC has struggled to get oil prices above even $50 a barrel.

That's why Bloomberg reported in March that the Aramco IPO valuation might be half of the reported $2 trillion valuation. Similarly, Rystad Energy now says it's updating its valuation of Aramco to $1.4 trillion on the assumption that oil will reach $75 a barrel. That would be a 56% jump from today's oil price.

But even if the true Aramco IPO value is less than $2 trillion, it's still going to be the biggest IPO ever. If the new value is $1.5 trillion, a 5% stake would equal $75 billion, three times the size of the record-breaking Alibaba IPO.

And that means even if flagging oil prices have cut into Aramco's valuation, everyone still wants a piece of the Saudi oil giant…

Where Will Saudi Aramco Be Listed?

The next big decision for the Saudi oil company will be where to list its shares.

But its first big decisions were deciding who would advise and who would underwrite the massive IPO.

In February 2017, the company chose Moelis & Co. (NYSE: MC) as the investment bank that would handle its IPO. In March, it selected the banks that would underwrite the IPO. These include JPMorgan Chase & Co. (NYSE: JPM), HSBC Holdings Plc. (NYSE ADR: HSBC), and Morgan Stanley (NYSE: MS).

Trending: These Are the Saudi Aramco IPO Underwriters

The Wall Street banks were eager to sign on to the Aramco IPO because of its potential valuation. Analysts are reporting these banks could get a slice of over $1 billion in fees, not to mention future work with the company.

And now that the company must decide which stock exchange to list on, exchanges are competing to attract their next biggest client.

Given this value, it's no wonder that the world's major exchanges like the New York Stock Exchange (NYSE) and the London Stock Exchange (LSE) are vying for a chance to list the company when it goes public. These stock exchanges have even sent executives to Saudi Arabia this year in an effort to woo the kingdom to choose their exchange for the IPO. The London chief accompanied UK Prime Minister Theresa May on her trip to Riyadh, and the NYSE head went with U.S. President Donald Trump when he visited the Saudi Kingdom.

While the choice in stock exchange affects the value of a stock, Saudi Aramco doesn't need to rush this important decision. The company was originally rumored to have a target IPO date of 2018, but that has now been pushed back to 2019.

But choosing where to list the IPO might be more difficult than you think, and that's not the only obstacle facing the Aramco IPO…