The Dow Jones news today is highlighted by reports that special counsel Robert Mueller is investigating U.S. President Donald Trump for obstruction of justice. Dow Jones futures are down 94 points ahead of the bell after the Fed announced another interest rate hike yesterday.

Rare Gold Anomaly: An incredibly rare gold anomaly is shaping up in the markets as we speak -- one that has occurred ONLY twice in the past 20 years. And it's about to happen again. Details here... 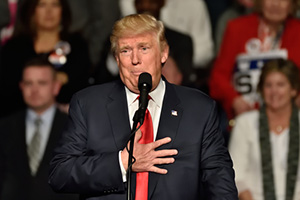 The 5 Jobs Robots Will Take First