Gold prices are solidly lower in pre-U.S.-session trading Thursday. The yellow metal is pressured by the hawkish reading the marketplace gave this week's FOMC meeting.

The Federal Reserve on Wednesday afternoon raised U.S. interest rates by 0.25%, as expected by most. The Fed said it will also fairly aggressively reduce its big balance sheet of government securities in the coming months. The FOMC statement also said U.S. inflationary pressures have eased a bit recently. However, Fed Chair Janet Yellen at her press conference sounded a more hawkish tone on inflation. After digesting the FOMC statement and Yellen's remarks, the marketplace deemed this latest Fed meeting as more hawkish on U.S. monetary policy. 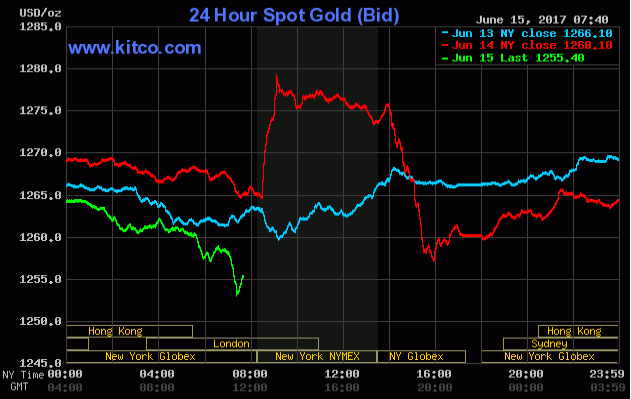