I've been "hooked" on the long, tumultuous "up 'n down" saga of Marissa Mayer and Yahoo! Inc. (Nasdaq: YHOO) because it reminds me so much of one of the biggest stories I covered early on in my career - Kodak.

You see, I was there to watch that company essentially write its own obituary as a Fortune 500 company, just like Yahoo did.

Since 2014, I've made the case that Marissa Mayer, bolstered with a $40 billion pre-IPO stake in Alibaba, could avoid a "Kodak moment" of sorts by using a time-tested strategy to make sure shareholders got the better, more profitable end of Yahoo's demise.

I have to say, watching Team Mayer fumble that easy play was profoundly disappointing, knowing how much better it could have been for folks who owned a piece of the company.

But, after all the drama, the slow death march for what was once Silicon Valley's brightest star is finally over.

And I'm pleased to tell you I couldn't be more excited for what's coming next - and not just because it looked like we'd never get here... 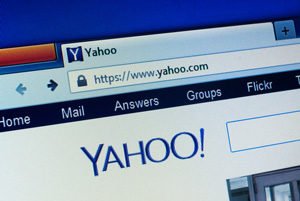 Like I said, since 2014, we've been calling for Yahoo CEO Marissa Mayer to ditch her "resuscitation plan" - and to instead employ the "Harvest Strategy" and just liquidate the company.

Now, this strategy was famously advocated by Prudential sell-side "axe" B. Alex Henderson. In the '90s, Henderson maintained Kodak should ditch the digital strategy it was developing as a "lifeline" and just manage the company for cash flow purposes.

A company using the "Harvest Strategy" uses cash flow for buybacks and serial dividend increases. It can take a long time, but the company eventually shrinks away into nothingness, while shareholders reap the steady benefit. When the "time comes," leadership turns out the lights, locks the doors, and dumps a big pile of cash into shareholder accounts.

I reiterated that "Harvest Strategy" call several times - including when activist investor Starboard Value Fund LP made the same case we did.

As we saw last week, I was right.

I think you overlooked the fact that Yahoo shareholders essentially got nothing from the Verizon/Yahoo deal, while 2,100 Yahoo employees lost their jobs and Mayer got $198 million.

I have followed the adventures of that female for some time and I still can't see "where she came from".
No track record at all of value, no expertise visible, no real "special" connections and her even showing up on the scene frightened the Chinese investment world (her weird actions were/are fathomless).

AOL and Yahoo are yellow journalism sites and print articles that spew
hatred and cause divisiveness. They stir the pot of hatred and bigotry.
Unless, Verizon reigns them in and makes them far more civil and moral, these
purchases will be a total failure. I disagree with you.

What will Yahoo shareholders get?