Pot stock investments remain speculative since marijuana is still illegal under U.S. federal law. Plus, the Trump administration has been vague on its cannabis policies, leaving investors in the dark.

However, 29 states and the District of Columbia have legalized medical marijuana. And in the November 2016 elections, residents of Massachusetts, California, Maine, and Nevada all voted to legalize recreational marijuana. 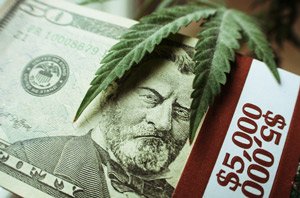 And while the Trump administration has been vague at the federal level, President Donald Trump still seems to be a proponent of state marijuana laws. After the rest of the country legalizes medical cannabis, recreational legalization won't be too far behind.

This will remove the stigma some investors have of investing in marijuana stocks. That will create more demand for pot stock investments, which can send prices skyrocketing.

That's why today we wanted to provide Money Morning readers with a pot stock watch list as marijuana legalization sweeps the country.

And the first marijuana stock on our watch list is one of the safest pot stock investments on the market to own right now...

GW Pharmaceuticals Plc. (Nasdaq ADR: GWPH) has consistently been one of the best marijuana stocks to watch for several years running.

There are two important reasons why GW Pharmaceuticals is a top-quality pot stock. The first is that it is traded on a major index, which has stricter regulations in terms of being listed than over-the-counter (OTC) markets.

The second reason that GW could be a good play is its several major marijuana-based drugs in development.

GW's drug, Sativex, is already out in approximately 30 countries (not the United States) for the treatment of spasticity related to multiple sclerosis (MS). They are continuing to expand the use of this drug to other conditions.

Their other drug, Epidiolex, is under development.

And the next marijuana stock on our list has performed even better, climbing 127.27% in the last 12 months...