In Dow Jones news today, stock prices fell as investors reacted negatively to news that Alphabet Inc. (Nasdaq: GOOGL) is facing the largest antitrust fine ever levied by the European Commission. In addition, the U.S. Senate delayed its vote on a new healthcare bill, and a massive ransomware attack battered global networks. 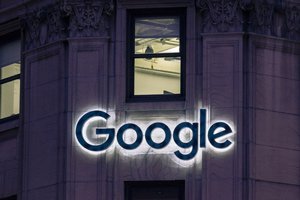 Up Next: Blue Apron Stock and IPO Guide for the $3.2 Billion Food Industry Disruptor