Today we're bringing Money Morning readers three cheap biotech stocks to buy. One of these stocks is projected to gain as much as 180% in the next 12 months alone. 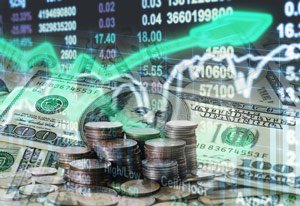 When some investors hear "cheap," they either think "shares under $5" or "low quality." We define these biotech stocks as "cheap" because they are undervalued at their current prices. Their growth potential is very high relative to today's share price. For the reasons we'll show you here, these stocks could have double- and triple-digit gains this year.

This first "cheap" biotech stock to buy has a new drug that just came out in April, along with 13 others currently in phase 3 trials...

There are two big reasons for his bullish position on Sanofi.

Dupixent is used to treat eczema, but only for difficult and painful cases. The biggest benefit of this drug is the lack of cancerous side effects that are common in other eczema treatments. This helps protect the drug from direct competition, according to Robinson.

The second reason Robinson thinks Sanofi is a great biotech stock to buy is its pipeline. The company has 44 drugs in its pipeline with 13 of them in phase 3 trials. According to the FDA, 25% to 30% of drugs that make it to phase 3 trials will make it to the last phase of trials - giving Sanofi a good chance of getting some of its 13 products to market.

This next stock could gain even more, potentially doubling your money in the next 12 months with a new drug on the market in August...

Insys Therapeutics Inc. (Nasdaq: INSY) is releasing a new drug, Syndros, in August that could contribute to its stock doubling in price...

Money Morning Executive Editor Bill Patalon sees Syndros at the intersection of two very powerful trends. They are the "war on pain" and the "legalization of medical marijuana."

The war on pain is the push for doctors to find non-opioid pain therapies to treat chronic pain. Almost 60,000 people died from overdosing on opioids in the United States last year.

Couple that with a projected pain therapies market worth $83 billion by 2024, and Syndros has huge sales growth potential. In 2015, the pain treatment market was worth $60 billion globally, according to Transparency Market Research.

The second trend is the legalization of medical marijuana. Dronabinol, Syndros' active ingredient, is cannabinoid-based.

"Insys has big upside because it's trying (and, so far, succeeding with flying colors) to work at the 'convergence' of those two powerful trends," said Patalon in May.

But these potential gains are small compared to our next stock. It's expected to gain as much as 182% in the next 12 months. Not to mention it's considered a "foundational" stock on which to build your biotech portfolio, according to Money Morning Biotech Investment Specialist Ernie Tremblay...