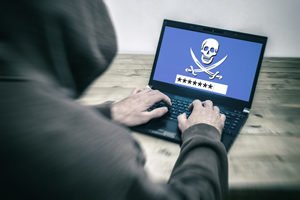 Cyberattacks and online hacks are becoming all too common. And a stock market hack could be on the horizon.

Here's a scary thought: The onslaught of ransomware attacks may be the "new normal," according Mark Graff, the chief executive of cybersecurity firm Tellagraff LLC, in an interview with The Washington Post on June 27.

And no person or institution is safe from a cyberattack. Not even the U.S. stock market.

"Everything is electronic. If you could hack that, you could bring an economy to its knees," said Money Morning Capital Wave Strategist Shah Gilani, a market expert who has long been warning of a stock market hack. "I can't imagine that all of the players who want money and who want power aren't trying to do this already."

Indeed, cyber criminals could launch a stock market hack at any moment. Here's how they could do it - and what an attack could mean for investors...

How Vulnerable Are U.S. Markets to a Hack?

Shah has a suspicion that cyberattacks on U.S. markets have already happened more than the American public realizes.

A major U.S. bank suffers an attack every 34 seconds

"So-called 'glitches' may not always be glitches," said Shah. "We'll never know. There's no way the authorities would tell us about every event - they don't want us to panic. They [the authorities] will always do what they have to do to streamline things, to make people feel okay. We won't know until we know. And when we do know... it'll be very bad."

You see, the infrastructure of the U.S. markets, meaning the machines that run the market, are extremely susceptible to breaches.

More than half of the 46 exchanges surveyed by the International Organization of Securities Commissions and the World Federation of Exchanges reported suffering a cyberattack in 2012, according to a 2013 report. Exchanges in the United States were 67% more likely to report experiencing an attack than other countries' exchanges.

Indeed, about 88% of brokerages and 74% of advisers in the United States have faced cyberattacks, according to a U.S. Securities and Exchange Commission (SEC) report released in 2015.

Even more frightening, a major U.S. bank suffers an attack every 34 seconds, according to testimony from a Congressional hearing in June of the same year.

"The greatest threat to our markets right now is the cyber threat," Steven Peikin, co-director of enforcement at the SEC, said to Reuters on June 9.

Related: Double Your Money as This Company Takes the Fight to America's Enemies

Now the nightmare scenario of hackers shutting down an exchange entirely or destroying market trust with tampered data could become a reality. "Cybercrime appears to be increasing in terms of sophistication and complexity, widening the potential for infiltration and large-scale damage," according to Reuters.

"There's a high percentage probability that a deliberate, devastating attack on the U.S. markets will happen," said Shah. "We need to be cognizant of it."

How Would a Stock Market Hack Impact Investors?

A stock market hack will affect investors in three ways, according to Shah.

First, the downtime could cause panic selling, possibly leading to a crash. "The longer the markets are down, the more people will panic," said Shah.

If the markets were forced to close for long enough, the authorities wouldn't be able to pass it off as a glitch.

"The stock market cannot be closed for four days in a row according to regulation," said Shah. "People need to have access to their money and their shares."

"As long as people know the fifth day will be okay, nobody will panic too much... but after a week, people will know there was an attack - that something is definitely wrong." And once that panic sets in, all bets are off.

Second, a large-scale stock market hack could interfere with the transferability of shares, according to Shah.

"A lot of the markets can interact with other markets, so if the New York Stock Exchange (NYSE) stops it's not as big of a deal because you can trade those stocks elsewhere," he said.

It's the possibility of multiple exchanges being targeted at once that scares Shah. If all exchanges are compromised, investors will have nowhere to go.

Third, the aftermath of an attack will set the precedent for how investors interact with the markets in the future.

Investors will be forced to ask these crucial questions after an attack, according to Shah:

And if investors don't receive the answers they're looking for, the markets will ultimately suffer.

"The longer and more frequently this happens, the more people will pull out of the market," said Shah. "It will be a national issue of monumental importance - the highest risk."

However, investors can take steps to protect themselves from a stock market hack - and profit along the way...

How to Protect Your Investments Against a Cyberattack

The best thing you can do before a stock market hack is to maintain physical copies of all of your holdings, according to Shah.

"I can't emphasize this enough - keep physical records!" said Shah. "It's very important that you maintain a trail."

Beyond that, it's what investors do after an attack that's most important.

Instead, Shah recommends traders employ what he calls an "Event-Driven Pair Trade Strategy."

"Whenever an attack happens, you should short whichever companies the attack made a fool out of," said Shah. In other words, if a cybersecurity company's program failed to stop an attack, investors would be wise to short that firm.

Then, "at the same time," said Shah, "buy the cybersecurity companies that aren't showing their weaknesses."

"Buy the companies with large contracts and great sales. More and more of these stocks will do well because more people will employ their services and software when others fail."

Heed these words well, because the only thing scarier than a stock market hack is not being prepared for one.

What kinds of insurance are available for investors, in the event of a cyber attack, especially direct investors?