World bond market yields are on the rise again this week, on concerns about tighter monetary policies from the world's major central banks. Tuesday's release of the latest minutes from the FOMC's June meeting contained no big surprises, but still showed a Federal Reserve that wants to reduce its big balance sheet of government securities. The European Central Bank releases its latest meeting minutes today.

World geopolitics is back close to the front burner of the marketplace this week. North Korea says it has an intercontinental ballistic missile that the regime says can reach anywhere in the world. President Trump says he will deal with the North Koreans but so far has not done much. Trump and Russian President Vladimir Putin meet face-to-face for the first time later this week.

The key U.S. report of the day is the ADP national employment report for June, which is a precursor to the more important Labor Department Employment report that comes out on Friday morning. Both reports are expected to show an increase in their jobs numbers of 175,000 to 180,000 in June. 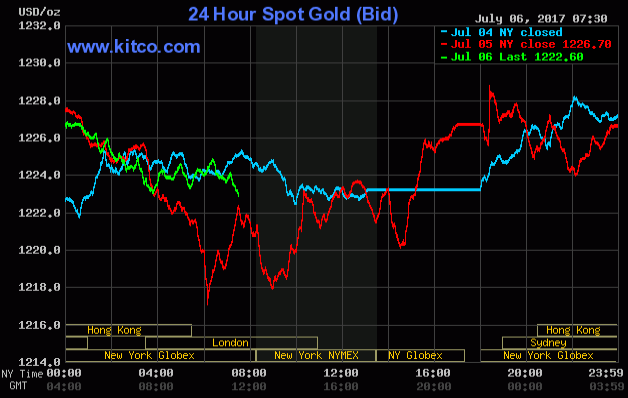