Last week, I showed you how powerful the market's post-crisis "narrative," or its overarching driving theme, can be.

Since the November 2016 election, the narrative has revolved around the administration's "Big Three" initiatives: reduced taxes, reduced regulation, and increased infrastructure spending. It's a heady brew that's driven some 13% in gains since the election, and any news that supported the idea of the "Big Three" sent the markets higher.

But… I also talked about how that narrative could be changing – in a big way.

Get Ready for Some Profitable Chop Here

When the U.S. Federal Reserve announced its intention to normalize its balance sheet after hiking interest rates, I said this could be the start of a new and uncertain narrative as the central bank offloads its debt holdings.

I call it the "Great Unwinding." 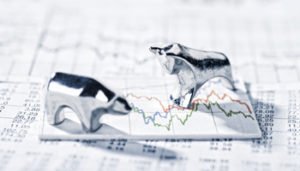 This will have profound implications for the economy and the markets, and I plan to keep my readers posted about what the Fed is specifically doing to "normalize."

But for now, you have to understand one thing: This is great news for traders.

The big opportunity here is in volatility.

Remember volatility? I wouldn't be surprised if you don't; we're in the midst of the calmest market in 50 years.

Well, this unusually placid period is likely to end as the market makes the transition from the "Big Three" to the "Great Unwinding."

And over the past two weeks, that new narrative of unwinding the Fed's balance sheet is gaining serious momentum.

Over the past 10 days, we've had Fed Chair Janet Yellen and European Central Bank President Mario Draghi strongly hint that the "Great Unwinding" could start earlier than they had originally predicted.

And each time it slammed the market.