Slipping oil prices this week are a bearish element for world share prices.

Gold prices are modestly lower Tuesday morning and trading not far above the key psychological support level of $1,200.00. 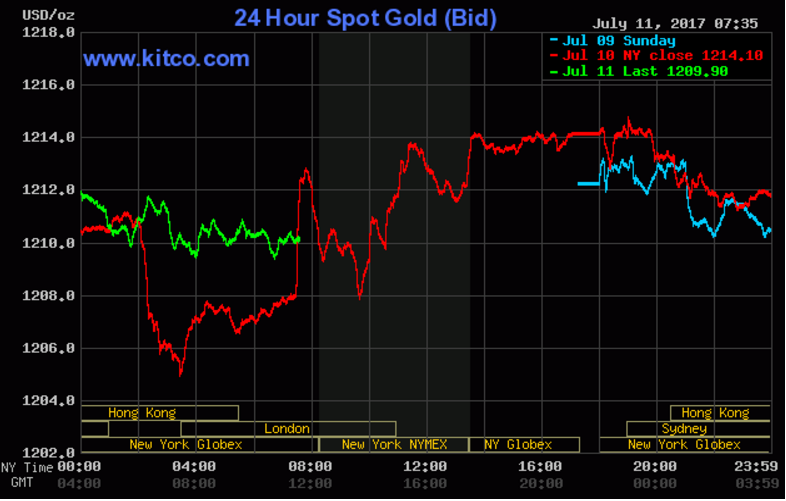 There were no major markets news events occurring overnight to move the markets. Attention of the marketplace is on remarks that come from officials from the world's major central banks, amid generally more hawkish tones on monetary policies coming from the central bankers.