For millions of Americans, Social Security is their livelihood.

Odds are that, if it isn't already, Social Security will be a major part of your income one day. That means it's important to know where that money comes from, how it's distributed, and how long you can expect to receive it.

So give yourself a test and try to answer these five questions -- and if you don't know some of the answers, we've got you covered...

1. How Is Cost of Living Calculated?

Ideally, Social Security benefits would increase in line with the cost of living. And it's designed to. 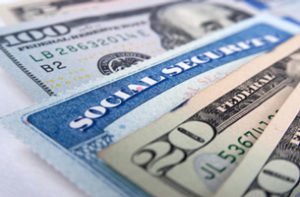 But it doesn't. In fact, the way the government calculates the cost-of-living adjustment (COLA) is a complete joke...

But there's the problem: Social Security beneficiaries are typically retirees and people with disabilities. Almost by definition, they are not "wage earners" or "workers."

This matters because the elderly and the disabled consume different goods and services than do urban wage earners. Healthcare, for example, is a huge expense for the elderly; people over 65 years of age spend three times as much on medical costs than younger people do.

Indeed, there was no COLA last year, and this year's COLA was only 0.3% - about $5 on average. The low COLA resulted from low gas prices - something that affects younger wage earners much more than the elderly.

2. Do My Payments Collect Interest While I'm Working?

Social Security isn't like a 401(k) - the government isn't stashing your money away for you, only to return it with interest when you retire. Your money is going out immediately to pay the benefits of current retirees.

When you collect Social Security, you won't be getting your own money back; you'll be collecting money from the active workforce at that time.

What's more, many people receive less from Social Security than they paid into it. Former Chair of the Social Security Advisory Board Sylvester Schieber told Investment News in May 2015, "the net cost of participating in Social Security for an average worker today is roughly five years of their lifetime earnings."

But of course, Social Security was never intended to be a retirement fund. As the name suggests, it's a safety net for those in society who can't work: the disabled and the elderly.

3. Where Is the Social Security Trust Fund?

For a long time, the SSA received more money in payroll taxes than it paid out in benefits. It stored the excess in the Social Security Trust Fund. So... where is all that money?

It's in our roads, our schools, and in the military. The SSA loans this money - all $2.8 trillion of it - to other government agencies and collects interest on it. In this way, your Social Security payments do collect interest - just not for you specifically.

But here's the thing: This fund has an expiration date.

In 2010, benefits paid out exceeded payroll taxes. The SSA spent more than it made.

Video
The Social Security Trust Fund is just a stack of IOUs sitting in a West Virginia filing cabinet.

That said, the aforementioned interest from the trust fund was able to cover the difference, and it has been doing so for the past seven years. So the trust fund hasn't actually lost any money - yet.

But in 2020, it will. It's projected that in that year, the benefits paid out will amount to more than the payroll taxes and interest from the trust fund combined. That's when the SSA will have to dip into the Social Security Trust Fund to pay its benefits.

4. When Will the Social Security Trust Fund Be Depleted?

If we start dipping into the Social Security Trust Fund by the end of the decade, how long will it take for the SSA to run through its $2.8 trillion surplus?

If the program doesn't see any changes in that time, it is projected that the Social Security Trust Fund will be completely depleted by 2034. But what does this mean for you? Will you stop receiving benefits? Will the program be dissolved?

5. What Happens Once the Trust Fund Is Depleted?

If you've been reading all of the answers, you know that Social Security beneficiaries are paid benefits from the payroll taxes of the current workforce. That means that even if the trust fund is a goose egg, you will still receive some benefits because there will still be people working and paying taxes.

The benefits will just be reduced - by a whopping 25%.

Congress is already fighting over legislation to make sure that doesn't happen.

The real danger of a depleted trust fund lies in the government agencies that have been borrowing from it all these years. Every dollar pulled from the Social Security Trust Fund to pay beneficiaries is a dollar that other government programs can't borrow to build infrastructure or protect U.S. citizens.

This means these programs will have to find that money elsewhere, by borrowing from countries like China... or by raising your taxes. And this is no small road bump in America's budget. Having loaned its $2.8 trillion trust fund to other federal agencies, the SSA holds 14% of the nation's $19.9 trillion debt.

Bonus Question: How Should You Prepare for Retirement?

Money Morning Chief Investment Strategist Keith Fitz-Gerald has seen the writing on the wall for a long time: "Our government is starving and hopelessly indebted," he told Total Wealth readers on May 31.

As a result, he predicts that the tax laws surrounding retirement may see many changes in the coming years as Uncle Sam frantically tries to avoid bankruptcy. So Keith doesn't rely on the government to prepare for retirement; instead, he looks to six "Unstoppable Trends" that have produced huge profits for his followers.

Take Raytheon Co. (NYSE: RTN), for example. According to Keith, "companies like this are why we follow Unstoppable Trends - because they're backed by trillions of dollars Washington can't derail, the Fed can't muss up, and Wall Street can't hijack."