Bitcoin and Ethereum receive most of the attention in the cryptocurrency world, but the Ripple price has quietly skyrocketed over the last three months. 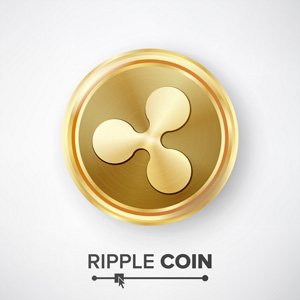 According to a May 16 CoinDesk.com report, some investors are buying Ripple because of a "fear of missing out," or "FOMO."

Some investors became more interested in owning Ripple as they saw prices climb, not wanting to miss any additional gains. Then, the increased demand helped send the Ripple price higher, as investors were willing to pay more to own the digital currency. 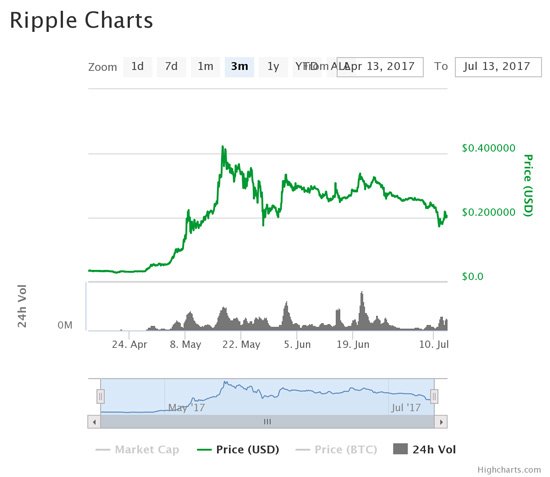 Also, recent Ripple partnerships with global banks have given some investors more confidence in the digital currency…

Ripple Partners with the Bank of England

In January 2016, the Bank of England (BoE) announced it would draw up plans for a new generation of Real-Time Gross Settlement (RTGS) systems. Through RTGS, money or securities are transferred from one bank to another in real time.

Transactions are settled as soon as they are processed.

Interledger protocol is designed to "route" packets of money across independent payment platforms. For example, a payment service provider could accept any type of payment through the protocol, including payments from international banks and customers sending digital currencies. In a July 10 report, the bank reported it had learned "a great deal" through its proof of concept test with FinTech.

As news about Ripple breaks, we will send Money Morning readers free updates through our cryptocurrency Profit Alerts service.

Until then, we want to make sure our readers are aware of this bold Bitcoin price prediction. From today's opening price of $2,423.16, the Bitcoin price could climb to $1 million.

Here's how it could happen…

If I wanted to buy bitcoin or ripple how do I go about purchasing them?

You have to buy bitcoins first. Then you can create an account on an exchange like Bittex or Poloniex and transfer bitcoins to your exchange wallet

how buy to ripple it same give me hard time

I don't make a lot of money, but I would like to know what's the minimum amount you can invest to get started. And will I recieve notices on how my stock is going?

Where and how can I buy BitCoin
And for how much Do I have to invest .

First I would recommend watching as many you tube videos as you can on how to open a coinbase account and how you buy Bitcoin. That is the best advise I can give.