In military history circles, it's known as "Operation Orchard." A clever journalist once dubbed it "The Silent Strike."

And experts in Middle East diplomacy remember it for an almost total lack of response – a surprising result they characterized as a "synchronized silence."

I'm referring to the Sept. 6, 2007, Israeli air strike on a suspected nuclear reactor in the Deir ez-Zor region of Syria.

The story I'm going to share with you today sounds like a combination spy novel/technothriller, something out of the old Tom Clancy stories.

But it actually happened, and our Members need to know exactly how it happened because, if and when history repeats itself, there will be profound implications – and possibly violent changes – in store for the global economy.

Pull up a chair…

We Find Ourselves Squarely in Israel's Position

Operation Orchard was staged as a preemptive strike on a clandestine facility that Syria apparently intended to use to create weapons-grade plutonium – the key "ingredient" for nukes.

The mission was a complete success: The target was obliterated, and… there was zero fallout – nuclear or geopolitical. 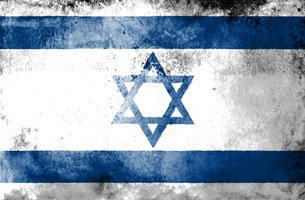 Nearly 10 years later, the still-shadowy story is worth telling again.

That's because, like the Israel of a decade ago, the United States of today is being threatened by a rogue nation with nuclear aspirations.

For Israel, that threat was posed by Syria. But for America, that rogue threat comes from North Korea, which on July 4, 2017, test-launched an intercontinental ballistic missile (ICBM) that's believed to have enough muscle to put Alaska and parts of the West Coast in harm's way.

Like the Israel of 2007, the United States of today can no longer ignore the threat – it has to respond.

And like Israel, the United States views a preemptive military strike as one of its options.

But an attack – any kind of attack – carries big risks and opens the door to all sorts of unpredictable outcomes. And, as this story will show, the efforts involved with a strike are massive – much more than most of us imagine.

So there are lessons to be learned from the Operation Orchard saga.

And that means this 10-year-old tale is as timely as ever.

Listen to this story and you'll recognize a lot of parallels between the Syrian situation and the quickly worsening one in North Korea. You'll also see some opportunities the Pentagon missed long ago – and will come away with a pretty good idea of the only cards the Trump administration has to play.

N. Korea is a rogue State and has been for quite awhile, since Mr. Obama couldn't do anything other than fund in an indirect way their nuclear aspirations, it appears that acting Commander in Chief Mr. Trump the new United States President, will have to now act swiftly and decisively to quell these dangerous trends. Fund their nuclear aspirations in a way by sending quite a large quantity of cold hard green U.S. cash to Iran, for "peaceful purposes" laugher. That guy did any and everything he could to weaken and hinder the U.S. on a global scale not seen… Read more »

Hi Bill! Hope all is well. You Know! Looking at it all from a different perspective. From the outside in. I don't mean to giggle. Human routine also repeats itself on a daily basis. North Korea here been led by a honestly childish spoiled brat. Who now demands respect and attention. Realistically is looking to be a name drawn in the concrete for life. His foolish ideas and scare tactics. Is a clear case of a child in a mans body. Trying to be recognized and seen as this sovereign state is in ruins. His minions are nothing more than… Read more »

The author provides no evidence Syria was trying to produce weapons grade plutonium. It is merely an assumption. We guess this assumption came from the Israelis, which has (some say) over 400 nuclear weapons of its own and has threatened on numerous occasions to use them against its neighbors. Nevertheless, the Israeli strike on a Syrian reactor was illegal and act of war. It provides the basis , under international law, for war crimes charges. The N. Korea situations is similar. The US has thousands of nuclear weapons and at one time even deployed several in S. Korea, as a… Read more »