If you do enough research on penny stock investing, you're bound to run across alarming stories of penny stock scandals that ripped off investors. These scams are more common than you may think, with over 1,300 stocks suspended from trading between 2012 and 2014 for fraud investigations, according to The Wall Street Journal.

One of the most notorious of these penny stock scams happened just three years ago, and it led to the leader of the scam being sentenced to 12 years in jail.

We'll show you how this scam worked and how to avoid penny stock scams with our two investing tips plus our expert's small-cap stock recommendation...

Cynk Technology Corp. (OTCMKTS: CYNK) is arguably one of the biggest penny stock scandals to happen in the last three years. 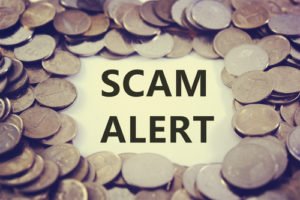 Although Cynk sold itself as a professional social media company, the SEC investigation found it to be a shell company. These are firms that don't make any revenue and haven't reported any physical assets. Cynk's only purpose as a shell company was to create a $300 million pump-and-dump scam that involved at least 100 investors.

In June 2015, the leader behind the penny stock scandal, a California man named Gregg Mulholland, was arrested.

Trending: This Safe Penny Stock Will Double Your Money - and Save a Dying Industry

Mulholland created the scheme by arranging a network of investors for the purpose of manipulating CYNK's stock price for his own profit. Once the heavily promoted CYNK lured enough buyers, he sold his position at the higher price for a reported profit near $300 million.

In February 2017, nearly two years after his initial arrest, Mulholland was sentenced to 12 years in prison for his role in the Cynk penny stock scandal.

Despite horror stories like the Cynk scandal, these scams can be easy to avoid with our two simple tips. They will help guide you when looking for the best penny stocks to buy this year.