This list provides an updated ranking of the top penny stocks of July 2017. After the list, we'll show you one of the best small-cap stocks to buy today...

The biggest penny stock gainer of the month so far is Danaos Corp., a company that owns a fleet of 53 containerships used to store and transport goods around the world. The DAC stock price has skyrocketed 86.7% from $1.58 on July 11 to $2.95 today after two sets of analysts offered positive outlooks on the stock...

On Monday, July 10, analysts at Jefferies Group reiterated the "Hold" rating on the stock that they initially released back in March. And on Friday, July 14, analysts from BidaskClub - a Luxembourg-based research group - upgraded DAC stock from a "Sell" rating to a "Hold" rating.

But buying penny stocks in general can be risky for investors who haven't done their research too. It's imperative to dig into a company's financials - including SEC documents like annual 10-K filings and quarterly earnings reports - to ensure the firm isn't fraudulent. 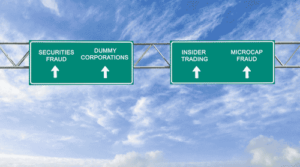 To avoid falling victim to scams like this, Money Morning Small-Cap Specialist Sid Riggs likes to do the stock research for you. And now Sid - whose April 19 pick has given readers a 37.9% return since then - is recommending one of the best small-cap stocks to buy in 2017.