In just the past three months, eight Wall Street analysts have raised their Apple stock price predictions, with one going as high as $184 and no one lowering their target. 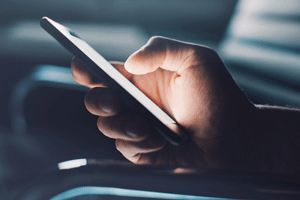 But that broad optimism flies in the face of an avalanche of negative news regarding the much-hyped iPhone 8 – the media's name for Apple Inc.'s (Nasdaq: AAPL) 10th anniversary edition of the device that defined mobile computing.

Just about every Apple-watcher agrees that the Cupertino, Calif.-based tech giant will commemorate the 2007 debut of the iPhone with an extra-special version that will offer several mouthwatering new features.

This generated a lot of talk early this year about an iPhone "supercycle" – a period in which an extraordinary number of existing iPhone owners would trade up to the snazzy new iPhone 8. Such a supercycle would produce record profits.

That sentiment powered the AAPL stock price higher through the first five months of the year. Apple stock hit an all-time high of $156.10 on May 12, a gain of nearly 35% from its Jan. 1 price.

But as the supercycle narrative was building, a steady stream of rumors started to hint at troubles with the iPhone 8's most-anticipated features…

This Should Be Bad News for the Apple Stock Price

As early as April, reports emerged that Apple was having trouble with a new "Touch ID" feature that dispensed with the physical button in favor of a virtual fingerprint sensor on the screen itself.

Other reports around the same time suggested there were production problems with the iPhone 8's customized OLED (organic light-emitting diode) screens. OLED screens offer deeper contrast and better energy efficiency than the LCD screens in current iPhone models. Such problems could severely limit inventory at launch.

By May, concerns arose about the likely iPhone 8's sale price. Speculation has ranged from $1,000 to $1,400, almost twice the cost of today's iPhone 7 models. Pundits opined that such a high price tag would eat into sales.

This month, stories started circulating that software issues with two other highly rumored marquee features – a front-facing 3D camera capable of facial recognition and wireless charging – meant the iPhone 8 would ship with both disabled.

The array of suspected technical issues has also spawned reports that Apple will be forced to delay the launch of the iPhone 8 by several weeks or even months.

In recent years, Apple has announced its new iPhone models early in September with sales starting within two weeks – just in time to boost Q4 sales before the quarter ends on Sept. 30.

A delay would push all those sales into Apple's Q1.

While Apple hasn't confirmed any of these developments (keeping with the company's policy of absolute secrecy), Wall Street does take such reports into account.

The average Apple stock price prediction for the eight analysts that raised their targets is $171.38, well above the overall analyst consensus of $160.75.

Whatever technical issues Apple is having with the iPhone 8, the company will get them ironed out.

Most importantly, any delay won't cost Apple sales – it will merely push them into the future. The hype around the iPhone 8 will make it a very high-demand product regardless of when customers will be able to get their hands on it.

And several of Apple's iPhone 8 "problems" could work to its advantage.

Take the lack of supply, a likely possibility given the multiple technical issues.

Scarcity is a wonderfully effective marketing tool in the consumer tech world. People will wait in lines for hours to get a hot new device. And those lines get covered in the media, adding to demand.

Even the sky-high $1,000-plus price could become a benefit, denoting the iPhone 8 as a true luxury item and becoming a mark of prestige among the most devoted Apple fans.

Another key point often left out of stories addressing the iPhone 8's problems is that it almost certainly won't be the only new model unveiled in September.

Apple figures to give the iPhone 7 models a mild makeover to what will likely be called the iPhone 7s. The company also is due to upgrade the low-end, $399 iPhone SE.

That means Apple's less zealous customers will have plenty of buying options – options unrestrained by the iPhone 8's issues.

And Apple won't just be fine in the short term. The company's long-term prospects also look strong – and not because of the iPhone 8 or its successors…

Why Apple Stock Will Keep Rising