This Penny Stocks 2017 list ranks the top 10 gainers of the year so far from the New York Stock Exchange (NYSE) and Nasdaq. Here's the list, plus we'll show you two of the best small-cap stocks to invest in this year right after the table, courtesy of Money Morning Small-Cap Specialist Sid Riggs...

The recommendation - which the European Commission will consider for full approval by early September - comes after AVEO failed to get Tivozanib approved by the U.S. Food and Drug Administration (FDA) in 2013. If approved by the European Commission, the drug could lead to up to $16 million in research, development, and other payments from EUSA Pharma, the firm expected to license the drug in Europe. 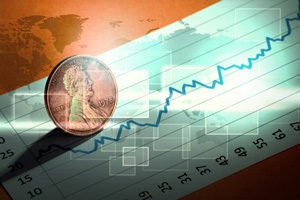 Although these companies trade just a bit higher than $5 per share, they boast larger market caps than your typical penny stock. Their market caps are $324 million and $1.04 billion - right in the typical small-cap range of $300 million to $2 billion. These larger valuations indicate how these companies attract more investors because they're more financially stable than most penny stocks.