While no one can predict the exact timing of a stock market crash with certainty, we believe part of controlling your financial future means being ready for even the worst-case scenarios.

Today, we're going to show you why preparing for a stock market crash is always a good idea. Plus, we'll reveal the three best stocks to own to protect your portfolio during a market crash.

A stock market crash might seem highly unlikely right now. After all, stocks are still riding a record-length bull market.

Since the recovery began after the 2008 stock market crash, the Dow is up over 200% since March 9, 2009. This eight-year bull market is the second longest in American stock market history. 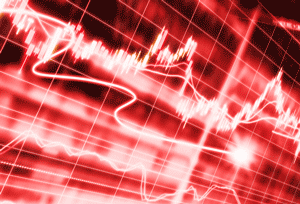 And the gains keep coming…

The Dow is up over 20% since Election Day and nearly 10% since the start of the year. The current rally has seen the Dow shatter all-time highs, including its fastest ever jump between 1,000-point levels when it raced between 20,000 and 21,000 points in just 24 trading days.

But these soaring highs are one of the reasons investors should prepare for a stock market crash right now, if they haven't already. Not only can the stock market crash when investors least expect it, but this record rally is pushing stocks above their underlying values.

Here's why inflated stock prices can be a sign of a stock market crash coming, as well as how you can prepare your portfolio ahead of time by owning some of the most resilient stocks on the market…

To see why overvalued stocks can cause problems, let's look at the biggest stock market crash in American history: the Stock Market Crash of 1929.

But economic growth was only responsible for some of the rise in stocks. Investors and traders alike brought up stock prices under the false belief that they would never drop. This "irrational exuberance" led to risky and speculative investing, in which amateur investors took out loans to buy more stocks. Margin accounts totaled over $120 billion (in today's dollars) during the 1920s.

This sort of risk-taking would have paid off if stocks kept rising. Unfortunately, they didn't. On Black Monday – Oct. 28, 1929 – stock prices plummeted by 13%. The next day – Black Tuesday – stocks fell another 12%. The sell-off kicked up a panic, as investors who had bought stocks with loans were forced to sell to prevent worse losses.

While today's case isn't nearly as extreme, we are seeing signs that stocks are being driven up by another type of speculation…

The U.S. Federal Reserve slashed interest rates from over 5% in 2007 to 0.25% in 2008 to help boost the economy after the financial crisis. But historically low interest rates helped push stocks to overinflated values.

Between 2008 and 2016, publicly traded companies have borrowed over $1.9 trillion, which was encouraged by low interest rates. When interest rates are close to zero, borrowing costs are very low. But these businesses used the cheap money to buy back shares of their own stock. In the same time period, publicly traded companies repurchased $2.1 trillion of their own shares.

This level of buybacks is part of the reason the Dow is up over 200% since the recovery began in March 2009, yet corporate profits have only risen by 100% since then.

And we don't have to compare share-price growth to corporate profits to see that stocks are currently inflated right now.

With stocks at such high valuations, a single event could destabilize the markets and start a market crash in 2017, just like the panic on Black Monday in 1929 or Congress' failure to pass a bank bailout in the fall of 2008.

While this scenario is unlikely, investors who aren't prepared for the worst-case scenario – especially a 2017 market crash – will be left out to dry.

Here are our top stocks to buy that will help protect your portfolio during the next stock market crash, and they'll help you bank some profits even if the market keeps soaring…