The Sears closing spree has reached 200 stores so far this year and shows no signs of slowing down, despite a massive new deal with Amazon.com Inc. (Nasdaq: AMZN). While the initial news of the deal sent Sears stock soaring more than 10% in one day, the new partnership will not save Sears. 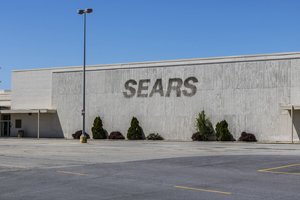 The deal, which was announced on July 20, will allow Sears Holdings Corp.'s (Nasdaq: SHLD) Kenmore home appliance brand to be sold on Amazon. This is the first official time the online retailer has had access to the Sears-exclusive brand. (Some Kenmore appliances were previously sold on Amazon through third-party sellers.)

All of this works well for Amazon.

But according to Steve Dennis, former VP of strategy for Sears, it looks like a desperate move by Sears.

Aside from being "desperate," the partnership will not save Sears from its decade-long spiral...

Initially, news of the deal drove the Sears stock price 10.6% higher on July 20. But the next day, Sears stock tanked 8%, losing most of the previous day's gains.

How to Cash In on a Dying Industry: Over 40 retail stocks across America are DOOMED to fail. But we can help you make up to $100,000 on every single one of them. Learn more...

Meanwhile, Sears has been selling assets in an effort to reduce costs and raise capital to pay down debt. The latest sale was Craftsman Tools in January for $900 million.

The asset sales have not had a lasting effect on long-term debt. At the end of 2014, the company had $3.1 billion in long-term debt and lease obligations. That number decreased to $2.1 billion in 2015, but rose again last year to reach $3.5 billion.

And Money Morning readers that followed Gilani's advice saw gains of 39% in just one month. If you missed those gains, don't worry. There are still more gains to be had as Sears continues to die a slow death, according to Gilani...

Readers Have Gained 39% and the Profit Potential Continues

Help me understand why shorting SEARS at this point ($8.80), is a better strategy than put options? Don't Sears put options look attractive?