In a Money Morning exclusive interview with legendary investor Jim Rogers, Chief Investment Strategist Keith Fitz-Gerald spoke with Rogers about his recent bullishness in a once controversial market: Russia. 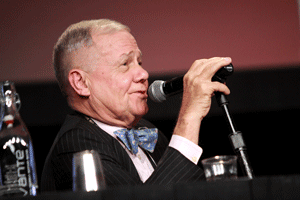 "I am very optimistic about Russia," said Rogers.

But as Rogers admits, he wasn't always this way.

But now, "I have investments there, stocks, bonds, and currency," said Rogers.

So what changed – and more importantly, should you jump on the Russia bandwagon? Let's take a look…

Jim Rogers: "Nobody Likes Russia Except for Russia"

The Kremlin as a whole has changed, notes Rogers. Specifically, the nation's treatment of its citizens.

"Something happened in the Kremlin, which means something happened to Mr. Putin," explained Rogers. "They used to just shoot you or take your money, or put you in jail – but they don't do that anymore – for most people."

Moreover, "they've changed their attitude and realized they have to play by the international rules that everybody else does," said Rogers. "They're trying to attract capital, investment, and brains!"

A key strategy of Rogers' is to invest where everyone else isn't. "When everyone is on one side of the boat, you want to go to the other," Rogers told Keith many years ago.

And that's precisely why he's bullish on Russia today. "Russia is maybe not the most hated market in the world, but it is certainly one of [the most hated]," said Rogers. "Nobody likes Russia except for Russia."

Keith agreed that Russia could be a great investment opportunity right now. In fact, Keith has been recommending investors pivot towards Russia since 2015.

"99% of all investors are missing out and would never invest in Russia right now," said Keith. "Instead, they'll sit back and wait for things to 'get back to normal' before making their move."

The question investors should be asking themselves right now is not whether or not to invest in Russia, according to Keith, but rather, how you will feel in the future knowing that you've been left behind.

As part of that, Keith prioritizes what he calls "Unstoppable Trends" in the market to keep investors ahead of the curve. These trends will continue to make you money no matter how aggressively Putin is treating his citizens or whether or not he is playing by international rules.

Check out Keith's interview with Jim Rogers below: