Markets viewed news that BTC is now considered a remittance method in South Korea and the Philippines as another sign of legitimization for Bitcoin. 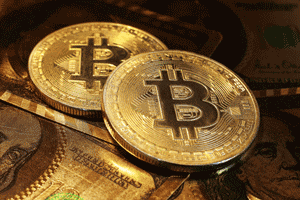 Cryptocurrency prices also shrugged off comments from Oaktree Capital Group co-chairman Howard Marks, who called Bitcoin a fad and suggested it was a pyramid scheme.

Marks has claimed to predict the dot-com bubble and warned his investors in a letter. "In my view, digital currencies are nothing but an unfounded fad (or perhaps even a pyramid scheme), based on a willingness to ascribe value to something that has little or none beyond what people will pay for it," he wrote.

The statement came at the same time that Bank of America Corp. (NYSE: BAC) issued a similarly bearish outlook for Bitcoin and Ethereum. With volatility high, BAC analyst Francisco Blanch warned investors about both currencies' recent rises and cited fraud, hacking, and lack of adoption around the globe as reasons to avoid them.

In addition to positive trends in South Korea, Bitcoin investors are eyeing a potential fork. Bitcoin Cash futures have been rising ahead of the event, and HitBTC has said it will support additional trading of BCC.

Huobi, another exchange, announced it will credit accounts with equal value in BTC and BCC once the August fork occurs.

In other Bitcoin news, U.S. government agencies have been celebrating the arrest of Alexander Vinnik in Greece. Vinnik is believed to be the mastermind behind the infamous Mt. Gox heist that caused the then world's largest Bitcoin exchange to go bankrupt.

Vinnik is also believed to be responsible for a $4 billion money laundering scheme that used Bitcoin to mask global transactions and evade being tracked.

Ethereum prices pushed higher on the day but started out sluggish as may viewed the SEC's decision this week to regulate initial coin offerings as a headwind for the second-largest cryptocurrency in the market.

Over the last year, we've seen a number of unregulated ICOs emerge on the market, drawing the U.S. government's attention.

The SEC's recent report declared blockchain companies must follow federal laws. The decision dates back to the DAO incident in April 2016, when a decentralized fund selling Ethereum raised roughly $150 million.

Two months later, hackers were able to steal roughly $60 million, leaving many of the 11,000 investors with nothing.

BitFinance had traditionally just offered Bitcoin trading as an option.

Litecoin has enjoyed a wealth of news legitimizing its emergence as a cryptocurrency. The number of ATM terminals selling Litecoin doubled in June across the United States, the United Kingdom, and Canada.

Dash prices were lower on Thursday, falling 0.4%. The market capitalization of Dash fell to sixth overall in value in the cryptocurrency markets.

Despite the small downturn in Dash, investors have been increasingly optimistic since Apple Inc. (Nasdaq: AAPL) announced it would allow the digital currency in the Apple App Store.

In addition, an Irish startup has developed a product called Festy, the world's first payment wristband that allows users to pay with Dash.

I'm struggling to determine cryptocurrency and x Ganges that handle the lesser known cryptocurriencies such as Pot Coin. Any suggestions?