Cryptocurrency News Today: Bitcoin prices climbed more than 8% over the previous 24 hours of trading, while almost every other rival cryptocurrency declined in value.

Bitcoin prices topped $2,800 as the asset continues to push higher on a weaker U.S. dollar. In addition, investors are expecting that the ongoing debate about scaling will reach a conclusion next week, as the integration of Segregated Witness has been scheduled for early August. 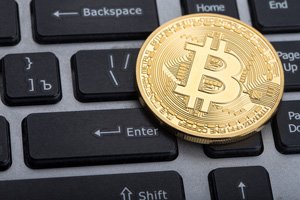 We are about to witness the first large fork in Bitcoin as a series of miners and other platforms prepare to support a new coin called Bitcoin Cash. Traders are anticipating some level of volatility as the event takes place.

The markets are still digesting the arrest of Alexander Vinnik in Greece this week. Vinnik is believed to be the mastermind behind the heist of 650,000 bitcoins from Mt. Gox, an exchange that went bankrupt in 2014.

The arrest has the potential to disrupt Bitcoin exchange BTC-E, a popular hub for cyber criminals who have used ransomware in recent years. According to Google, roughly 95% of ransomware payments have been liquidated through the BTC-E.

Bitcoin's market capitalization pushed higher and represented more than 50% of the total cryptocurrency market for the first time since May. Bitcoin prices are up more than 160% so far this year despite statements by Howard Marks from Oaktree Capital Management this week.

The fund co-chairman called Bitcoin an unfounded fad that was based on the willingness of investors to ascribe value for something that has little or no value.

Once again, prices are up 160% this year, a sign that there is at least "some" value.

The Ethereum price was sliding alongside other rival cryptocurrencies.

Digital currency investors are still weighing what the SEC's decision this week to regulate initial coin offerings (ICOs) will mean for the cryptocurrency market.

But even with its recent pullback to just under $200, the price of Ethereum is up 2,300% this year alone.

Ripple prices fell in sync with Ethereum and its other rivals. The price of Ripple fell by 3.8% as investors took profits off the table and poured more capital into Bitcoin.

The upcoming protocol changes in the Bitcoin network are sucking most of the oxygen out of the room.

Litecoin prices were off today despite a positive endorsement. Chemical supplier Lysergi told its customers that Litecoin provides a series of advantages over its rival Bitcoin. The company encouraged its customers to use Litecoin due to the potential for reduced fees and improved confirmation times.

This isn't the first time that a company has encouraged its customers to use Litecoin as an alternative.

Today Dash celebrated the news that a Zimbabwe-based exchange called BitcoinFundi had added Dash and Litecoin to its online platform.

But Dash prices were still down like most cryptocurrencies today.