Cryptocurrency Prices Today: On Monday, the Bitcoin price remained stable ahead of the activation of SegWit and the BCC hard fork set for tomorrow, Aug. 1. Just a small stable of Bitcoin miners will "fork" to create a new variation of the cryptocurrency called Bitcoin Cash.

While the hard fork is generating the headlines today, markets are still digesting the latest statements from financial regulators around the globe on the security and oversight of cryptocurrencies. 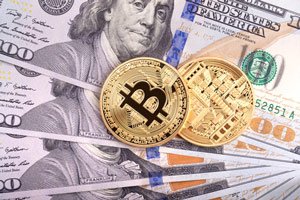 On Monday, the total market capitalization of cryptocurrencies surpassed $90.5 billion as the market continues to recover from a recent downturn.

Aside from investors excited about the fork, there was also a bullish report shared from financial analyst Ronnie Moas, who projected that Bitcoin would roughly double and hit $5,000 in 2018.

Ethereum prices added 0.3% to hit $201.96. It's been a very difficult July for Ethereum investors, with prices falling more than 30% heading into today's trading session.

Ripple prices showed a small gain, but the cryptocurrency is still off more than 10% for the final week of July.

Litecoin was the top performer on Monday, adding 6.39% at the time of this writing. In his report, Moas projected that Litecoin prices would hit $80 in 2018.

However, there have been reports that many traders are concerned that Bitcoin's SegWit activation could affect the incentives to use Litecoin.

Prices had increased as high as $55 in July, as many speculated that SegWit may not be activated.

Dash prices continued to tick higher thanks to the uptick in other currencies. Traders continue to speculate on the coin's roadmap to reach mass adoption in the years ahead. Last week, Dash received good news when it was accepted into the Apple Inc. (Nasdaq: AAPL) App Store. Dash's CEO said over the weekend that the firm had roughly 2,000 downloads on the App Store since it was permitted.