If there's one thing worse for the U.S. economy than the Federal Reserve, it's Congress.

And right now, legislators are reaching for control over the central bank... 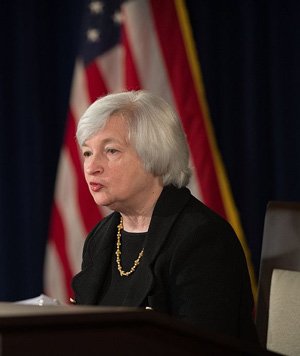 On June 8, the House of Representatives passed the Financial CHOICE Act, a bill that promises to repeal many regulatory banking rules and - critically - would grant Congress control over the Federal Reserve.

Money Morning Chief Investment Strategist Keith Fitz-Gerald has been following these developments closely, and he knows the truth:

"Congress has never ever understood how to create growth, but they're exceptionally good at stifling it," Keith said in a June 14 interview with Money Morning.

Check out what powers the Financial CHOICE Act would grant Congress - and why our legislators shouldn't be trusted with the keys to the economy...

Congressional Control Over the Fed Would Hurt Americans

Putting Congress in charge of monetary policy would be "an exercise in dysfunctional economics," Keith said.

And that's just what the Financial CHOICE Act would do. The bill states that it would "demand greater accountability and transparency from the Federal Reserve." It would require the Fed Chair to testify before Congress four times a year and, critically, it would allow the Government Accountability Office (GAO) to audit the Fed - among other provisions.

That sounds great on the surface. Certainly the prospect of greater control is alluring.

However, this level of access to the Fed means Congress could potentially reverse the central bank's decisions. And if there's one thing worse than the Fed's academics making decisions that drastically influence the U.S. economy, it's our dysfunctional Congress - a large group of disconnected, partisan politicians - second-guessing those decisions.

"Remember: these are the same jokers who can't balance a checkbook, who missed the financial crisis in formation, and who now prioritize infighting over helping the very same Americans they ostensibly serve," said Keith.

For a glimpse at how our elected legislators would handle monetary policy, look no further than the most recent "Semiannual Monetary Policy Report to the Congress."

When Rep. Bill Posey (R-FL) asked Fed Chair Janet Yellen about auditing the Fed, the congressman seemed to play dumb, pretending that an audit of past decisions would have no effect on future monetary policy:

"Auditing something after the fact has nothing to do with influencing the decision, I wouldn't think... I for the life of me can't understand what the Fed fears."

"Congress would rather burn the country than get anything done."

This sounds downright disingenuous. What does he expect his fellow congressmen and women to do with the information gleaned from a GAO audit of the Fed, if not challenge monetary policy - read it for their health? For kicks?

But don't think for a moment that Keith is on Yellen's side.

The Fed chair told Posey that central bank independence is key to keeping their decisions "technical, professional, and non-partisan," which is a statement in irony.

Keith has been telling his readers for years now that "the individual depositors - meaning you and me - who were the intended protected class when the Fed was formed in 1913, are nothing more than financial cannon fodder today."

And in fact, Posey's aimless overreach and Yellen's need for independence point to a deeper trend that permeates all corners of our government - one that makes any sort of cooperation between Congress and Fed functionally impossible.

Congress Has a Culture Problem

The CHOICE Act would force two government entities - the Fed and Congress - to work hand-in-hand to improve the economy.

Now, this setup does work in a place like China, where the government controls its central bank. That structure has yielded it the second-largest economy in the world.

But that setup won't work in the United States. In fact, it would make things far worse. Keith calls it a "cultural problem"...

Keith has spent many of his 35 years in the markets living, working, and researching in Asia, which grants him a unique perspective on the nuanced cultures there - especially in China.

As he notes, the noble ideals of individuality, freedom, and the importance of the self that have permeated the West are valuable to our culture, but form an "impediment" when it comes to marrying disparate government institutions. Unlike China, the United States simply isn't based in the communal values of Confucianism and Taoism that lend themselves well to a codependent, collaborative relationship between government and central bank.

Must Read: An incredibly rare gold anomaly is shaping up in the markets as we speak -- one that has occurred ONLY twice in the past 20 years. And it's about to happen again. Details here...

Keith uses the 2008 summer Olympics as an example:

"Here you have every man, woman, and child out for himself or herself. When China decided to host the Olympics, they made a decision in the interests of the nation, and within a couple years they spent hundreds of millions of dollars in world-class Olympic venues, and it went off without a hitch. Here, we can't even get the permits."

The stubbornness and self-importance that characterize American politics would be toxic to the kind of relationship that the Financial CHOICE Act would form between Congress and the Fed.

Look again at the conversation between Posey and Yellen. Yellen refused to move beyond canned responses:

"I think the FOMC needs a space in which it can have honest conversations and deliberate in real-time about the decisions that we make without having political influence brought to bear... with the idea of reversing them."

Meanwhile, Posey tried to back Yellen into a corner:

"So you're telling me we shouldn't be transparent for the fear of being second-guessed, or somebody criticizing you because they thought you were wrong. Do I get it?"

Throughout the interview, Posey pressed for proof that congressional involvement would interfere with monetary policy, but he didn't need to look any further than the very conversation he was having. The passive-aggressive standstill between congressman and Fed chair was proof enough of their incompatibility.

And you really don't have to look far to find another instance in which Congress mars progress.

"Let's take healthcare, for example," Keith says. "The beltway bandits would rather duke it out over posturing than solve the problem. Meanwhile, you've got millions of middle-class Americans getting torched because they don't have access to medical care."

Apply that same useless posturing to monetary policy, and the entire U.S. economy will be even more mismanaged than it is today.

According to Keith, "Congress would rather burn the country than get anything done."

Fortunately, Keith knows what to do in a crisis like this.

"One of the things investors fail to understand is something I talk about all the time: Crisis always creates opportunity. In that sense, the passage and implementation of this act would be no different than any other crisis."

That's why Keith focuses on the six "Unstoppable Trends." These trends include industries like medicine and energy - industries for which there is always need, no matter what Congress is doing.

"These trends are backed by trillions of dollars that Washington cannot derail, the Fed cannot meddle with, and Wall Street cannot hijack," Keith says.

And given just how close Congress has come to derailing the economy, this is very, very good news.

I think we need an independent institution to manage our healthcare system free of congress as well.