The Dow Jones news today is highlighted by a more hawkish stance from the Bank of England as it signals interest rates will rise faster than expected. Dow Jones futures are up five points after hitting an all-time high of 22,000 yesterday. Markets are keeping an eye out this morning for a weekly jobless figure that offers a precursor to tomorrow's official July employment report. 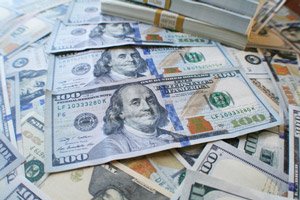 Curious About Bitcoin? Here's a Primer...