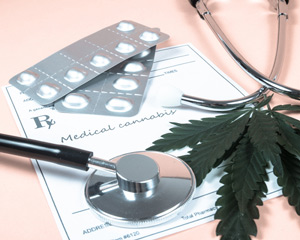 Both of the biotech companies we are recommending today have developed medical marijuana-based treatments, which should be major catalysts for their stocks. In fact, both stocks are expected to gain at least 25% in the next 12 months, making now a great time to invest.

Currently, marijuana is a $6.7 billion industry in the United States. But a report from Bank of America Merrill Lynch indicates the marijuana industry could grow over 400% in the next three years. Those analysts expect the industry to be worth $35 billion a year by 2020.

The trend toward legalization in the United States is fueling that growth. Currently, 29 states and the District of Columbia have legalized medical marijuana in some form. The legalization trend is expected to continue, as 60% Americans support the use of legal marijuana, according to an October 2016 Gallup poll.

This trend toward legalization removes barriers to medical marijuana research, and companies with cannabis-based drugs in their pipelines could see their stocks skyrocket.

One of the companies we're bringing you today has a cannabinoid-based drug that was approved by the FDA on May 24. The drug was made available to patients with a prescription on July 31.

Meanwhile, the first biotech company we're recommending today has a cannabis-based drug that has been fast-tracked by the FDA. Approval for the drug could come any day now...

The first biotech stock we are recommending today is GW Pharmaceuticals Plc. (Nasdaq: GWPH). The company develops cannabinoid-based drugs, and its most recent, Epidiolex, was fast-tracked by the FDA last year.

"Fast-track" designation is granted to drugs that treat serious conditions with one of two factors:

The goal of the designation is to get the drug through the approval process faster so patients can benefit from the treatment sooner.

Epidiolex is in clinical trials to treat epilepsy in four different conditions:

All of these conditions currently have limited or no approved treatments, according to GW Pharmaceuticals.

The lack of treatments for these conditions is part of the reason the FDA fast-tracked Epidiolex. The other reason is positive early-stage clinical trial results.

An update on how Epidiolex is performing in phase 3 clinical trials is expected in the company's earnings report after the bell today (Monday). The results are expected to be positive, with an FDA decision imminent.

"Given its (Epidiolex) strong testing and its fast-track status with the FDA, a summer final approval seems all but guaranteed," said Money Morning Director of Technology & Venture Capital Research Michael A. Robinson in June.

And these market-beating gains are expected to continue.

The consensus one-year price target of the seven analysts that follow the company is $150.29, a gain of 28% from its current trading price of $117.32.

The next medical marijuana biotech company has a drug that just hit the market on July 31. The new treatment puts the company at the convergence of two powerful biotech trends and could cause the stock to gain as much as 78% in the next 12 months...