In Bitcoin price news, the price for the digital currency hit a new all-time high. Prices are up more than 90% since it hit a recent low in late July.

NEO prices fell more than 1.9% on the day. However, it still remained in the top 10 cryptocurrencies as it aims to become the "Ethereum of China."

Bitcoin's market capitalization surpassed $56 billion on Tuesday. That means that it's now more valuable than the GDP of Panama and Uruguay.

The upswing has been remarkable especially given how, on Aug. 1, the cryptocurrency avoided a collapse and miners pressed forward with the implementation of SegWit2x.

On Tuesday afternoon, social media users reported that the SegWit2x update was near completion, with just two blocks left until the block size limit was increased.

Bitcoin Cash has been on a roller coaster since the hard fork, but prices are climbing nearly 6% today.

Last week, the price collapsed to $200 before rocketing up more than 65% to top $331.00. The recovery has been a boon for investors who received one BCH for every bitcoin they owned pre-fork. 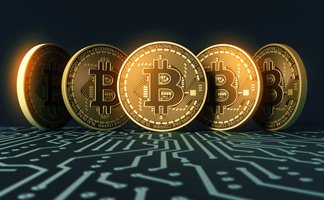 Those who have not sold their BCH currently have a total investment worth more than $3,700 as a result.

Ethereum prices pushed higher again and are on the cusp of crossing $300.

Prices jumped above $288 in the afternoon while the market capitalization topped $26.5 billion. Initial coin offerings (ICOs) continue to spike, and investments in Ethereum-based ICOs are on the verge of reaching $2 billion.

Ripple prices followed the broader market higher despite a lack of news.

The rally in both Bitcoin and Ethereum has generated significant interest in alternative coins as a means of diversification.

Litecoin Prices Climb Thanks to Partnership

Litecoin prices pushed higher thanks to an uptick in Bitcoin prices.

The markets were cheering news that Overstock.com Inc. (Nasdaq: OSTK) planned to partner with ShapeShift to allow customers to use 60 different cryptocurrencies to make purchases.

Overstock has allowed users to purchase items with Bitcoin since 2014.

Prices vary across all of the different exchanges. Where do you source yours from ?

Thanks for reading Money Morning. I try to stick with the CoinDesk Price index because it draws from multiple Bitcoin exchanges. In my view, the CoinDesk index is the most accurate available.

I believe that there has been a titanic shift in the intent of each chainblock. Ethereum intended for initiating and carrying out smart contracts (daps).
Ripple to carry out cross currency exchanges and of course Bitcoin a decentralized currency are all now being treated as currency.
Ripple is in my opinion stands to hold most value as its security and speed has proven to be superior.
I personally am taking a long hard look at it to be the superior exchange.