The Dow Jones news today features stocks dropping after U.S. President Donald Trump threatened North Korea with "fire and fury" if they continue to threaten the United States. Dow Jones futures are down 32 points as North Korea immediately responded by threatening U.S. military bases in Guam. Experts are concerned about Trump's impact on U.S. credibility, while markets are growing more concerned about a full-blown nuclear crisis on the Korean Peninsula.

What to Expect from North Korea 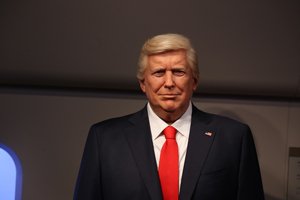