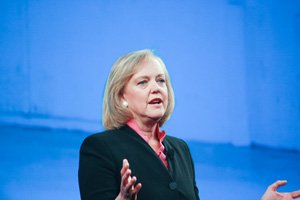 Before an Uber IPO date can be set, the board for the ride-hailing app needs to hire a new CEO. Some media outlets speculated Hewlett Packard Enterprise Co. (NYSE: HPE) CEO Meg Whitman was in the running for the job, but she put an end to those rumors on July 27.

In a July 27 tweet, she definitively said "Uber's CEO will not be Meg Whitman."

Unfortunately for anxious investors waiting to get their hands on Uber stock, this could delay the Uber IPO date...

According to a July 25 Bloomberg report, Uber wants to hire a new CEO by early September. The ride-hailing app's leadership met with Whitman in "recent weeks," and she was considered one of the top choices.

The Rise and Fall of Uber's Controversial CEO

If Whitman was a top choice, board members may now have to extend the CEO search. The longer it takes to hire a CEO, the longer it will take for an Uber public offering.

With Uber providing few details, there is a lot of uncertainty on who exactly will take over.

In fact, there's been speculation that former CEO Travis Kalanick would return to run the company. In a July 30 Recode report, Kalanick reportedly told several people he was "Steve Jobs-ing it."

That's a reference to co-founder and former CEO of Apple Inc. (Nasdaq: APPL) Steve Jobs, who was fired in 1985 only to return as CEO in 1997.

In an email to employees on Aug. 7, 2017, Uber co-founder Garrett Camp said Kalanick would not return as CEO.

As any news breaks about Uber's next CEO, we will provide you with all the details through our free Profit Alerts service, in our IPO Watch notifications category.

The Bottom Line: Uber wants to hire a new CEO by September 2017, but Meg Whitman dropping out of consideration may extend the search. Former CEO Travis Kalanick wanted to wait as long as possible before a public offering, but a new leader may have different plans. If Uber goes public sooner than expected, we want Money Morning readers to be prepared. In our free Uber Stock & IPO Guide, we provide you with the most important details about the IPO process and whether Uber stock is a good investment. You can access this free and exclusive report, right here.

A Better Path to Profits: Uber isn't publicly traded yet. But you can get stock picks and research that could put an extra $125,000 in your pocket delivered straight to your inbox for just pennies a day. Learn more...