In marijuana legalization news for Aug. 10, 2017, the biggest update today is out of Hawaii. The Hawaii Department of Health allowed the Maui Wellness Group to begin selling medical cannabis to registered patients and caregivers on Aug. 8, according to CBS.

With $6.7 billion in legal sales in North America in 2016, this could help revenue totals climb more across the industry, making certain marijuana stocks even more profitable. 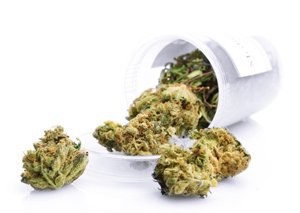 It's been a long journey for medical patients in the state. Medical cannabis was legalized in 2000, but the state did not legalize dispensaries until 2015.

During that time, the state's 18,000 patients had to grow or find marijuana on their own.

More and more Americans are supporting legalization of medical and recreational marijuana than ever before.

According to a poll from Quinnipiac University released on Aug. 3, 2017, 94% of Americans support legal medical marijuana. That was up from 93% five months ago, according to The Cannabist.

Also, 61% of poll participants thought cannabis should be completely legal in the United States, which is up from 59% of participants who thought so in February 2017.

Of course, marijuana is still illegal under federal law. But this support shows it's only a matter of "when," not "if," recreational marijuana is completely legalized in America.

Florida residents have struggled to legalize medical cannabis since 2014.

That year, 57.6% of Florida voters were in favor of legalizing medical cannabis, but they fell just short of the 60% supermajority vote required for constitutional amendments in Florida.

However, voters rallied in 2016, and Florida Amendment 2 (the measure to legalize medical cannabis) passed with 71.3% of the vote.

Now, the Florida Legislature is racing to hand out licenses for medical marijuana centers…

According to The Associated Press, there are now 11 licensed medical marijuana centers in Florida. But the state knows it needs more, and by Oct. 3, 2017, Florida will have a total of 17 medical marijuana dispensaries.

Needs to be legalized all over.

More info please. Will it matter what state I lived in if I decided to invest in a weed stock?
In some states it's still not legal.