Then he went on to say that a tech crash is "imminent," and that the company most at risk is Amazon because it hasn't invented anything "explosively new like the iPhone or personal computer."

Amazon is not a Reagan-era company, so measuring it today using criteria that applied 35 years ago completely misses the point – not to mention the profit potential.

Stockman has obviously had a long and distinguished career, and I respect his analysis. But I cannot disagree more vehemently when it comes to Amazon…

1) The markets themselves have changed: Manufacturing went out the door years ago. Companies no longer need to invent gadgets to change the world. In fact, many of the world's most profitable changes are now completely code-driven and worth hundreds of billions of dollars.

This is very different from "It's the economy, stupid" – a phrase coined by James Carville, Bill Clinton's presidential campaign strategist, more than two decades ago, when e-commerce was but a fledgling undertaking and manufacturing acumen still ruled the world. Companies like Sears and Kodak were actually good investments, and the Internet was nothing more than a misunderstood technology.

Now, e-commerce accounts for $385 billion worldwide in 2016 – 43% of which passed through Amazon, according to Business Insider. By 2020, the world total will stand at $632 billion annually… or more.

That means there is an entirely different set of calculations that should be applied when it comes to a company like Amazon.

For example, most of Stockman's reasoning is based on the fact that Amazon has a price-to-earnings (P/E) ratio of 187 as I type, and he very convincingly makes the point that "the numbers don't add up."

Yet, P/E ratios, for example, have no predictive value whatsoever. That little bombshell is according to a wide variety of recent studies from the likes of Morgan Stanley, STAR Capital, Global Market Valuation Research, and Yale Economics, in case you're wondering.

Stockman also goes on to say that "central banks" have created false growth through excessive, cheap money, and that traders have driven prices higher based on nothing more than momentum. 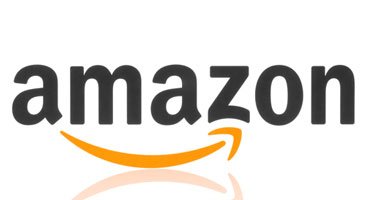 If you're along for the ride with appropriate risk management in place – just in case the markets have other ideas – do you really care how the profits you're harvesting are created?

Amazon has risen 47% since last January, another time Stockman called it a bubble, citing many of the same reasons. What's more, the stock has risen 2,420% since the Great Recession, from a November 2008 low of $34.68 a share.

Anybody who went to the sidelines at the time because of "false growth" or similar advice missed every single penny of that rise.

The change in "online shopping" for perishables alone will make this company "DOUBLE" in size over the next ten years.

The acquisition of "Whole Foods" and eventually "BJ's" can not be underplayed here.

The ultimate plan is to convert those 500+ locations to regional distribution centers for Amazon FRESH fulfillment centers.

You will place an order at 8:00 AM and it will be picked, full-filled and delivered by 5:00 PM, If not sooner.

That game changer will grow and grow because people's lives are just TOO busy.

AMAZON REMINDS ME OF WAL MART 30 YEARS AGO. THE STOCK DOES NOT DIVIDE LIKE WAL MART DID BUT THE PRICE JUST KEEPS GOING UP.

What is the new Canadian amazon?

Very informative analysis. Our information driven economy in e-commerce is so new that few if any Regan era people understand it. I do not see Amazon ever failing. They will go through rough times but so will everybody else. Amazon has created a new widgit. An infrastructure that enables anyone with a computer to get whatever they need, sent to their doorstep, faster and easier than ever before. They have invested heavily in computers, custom programming, warehouses, logistics, and transportation models. And they continue to add new features and abilities to their robust system.
Thanks again for a great article.