Precious metals are doing their job this week, as global security tensions are on the rise.

The short-term peak and then consolidation for the price of gold that I expected last week seems to have come and already gone.

From July 28 until Aug. 3, gold prices plateaued at about $1,268 an ounce, then corrected the next day to the tune of $13. And that only lasted about three more trading days.

It's showing another decent rally now, even as the dollar has shown some resilience. In morning trading, the price of gold today (Friday) is up marginally to $1,286. 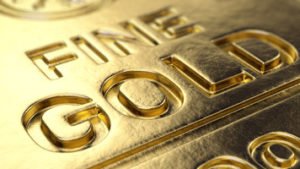 Of course, we have Donald Trump and Kim Jong Un rattling their sabres to thank for higher gold prices.

It's been a tit-for-tat series of back-and-forth threats, and gold has reacted as expected: gold up, stocks down.

But I think that even if the situation quiets over the coming days and weeks, gold could still be poised to shine.

Here's a closer look at how the price of gold has been trending this week, plus where I see the precious metal heading from here…

Life-Changing Profits: This investing strategy has racked up 28 triple-digit wins so far this year – and 44 in the last 12 months. To learn how to get in position for the next one, click here now…

That set the stage for Monday, Aug. 7, when gold opened at $1,256 and moved mostly sideways on little actionable news. The DXY remained stable on Monday as well. So by the end of New York trading, gold had managed to gain only $1 to close at $1,257. 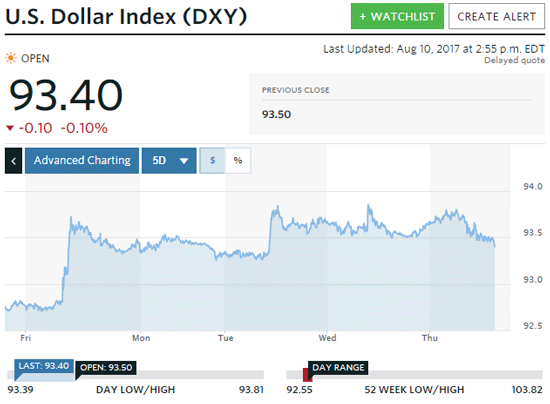 On Wednesday, it was all about "fire and fury like the world has never seen," as President Donald Trump warned North Korea against its hostile threats. Gold prices had been gaining overnight and in early morning trading, managing to open at $1,269, then gapping higher to $1,275 at 9:00 a.m. as reports of Trump's comments emerged. Here's how that looked… 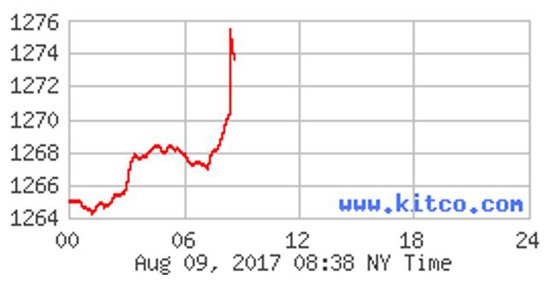 And after a brief retreat, the price of gold headed higher to close at $1,277.

Now that we've examined this past week's moves, here's what's next for the price of gold in 2017…

Where the Price of Gold Is Headed from Here

Dear Mr.Krauth,
I realise that I run the risk of becoming unpleasant and unsupportable by mentioning every time the same story about the criminal manipulators in the market HFT traders and the unacceptable trading of the JP Morgan in Jupiter, Florida. It´s not me who is suffering from the daily dirty trading by these people but your own US citizens who are putting their savings at stake in a market which should move normal as predicted by yourself. I continue to bother you until somebody take action against this lousy people. Best regards HdB