In digital currency news, the Bitcoin price fell below $4,000 after trading at record highs. Markets have been reacting negatively to a report from Goldman Sachs analyst Sheba Jafari, who said over the weekend that Bitcoin could fall by as much as 50%.

Jafari's report would indicate that prices could tumble down to roughly $2,221. 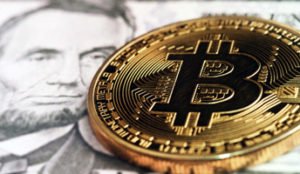 Below is a recap of cryptocurrency prices at 3 p.m. EDT

Despite the downturn in Bitcoin prices today, the cryptocurrency is up roughly 320% on the year.

The price has continued to rally since the "hard fork" on Aug. 1 split Bitcoin into two separate coins. Bitcoin had been the proverbial "tide rising all boats" over the last six months, but it has started to leave its rivals behind.

The price of Bitcoin Cash didn't fare as poorly as some of its rivals.

The BHC saw slight gains, only to then turn into the red slightly as the day progressed. The price has been hovering near $300 since its wild swings that followed the Aug. 1 hard fork of its parent currency.

The Ethereum price fell more than 3% despite setting a new transaction record.

Volatility has been rather stable for Ethereum in recent weeks, with price swings moving to the positive and negative in the $20 range. That's far more stable than the price swings we've seen as the network matures.

It was a tough day for the rest of the altcoins. The price of Ripple fell more than 4.5%.

We've seen a steady decline in the price of Ripple since Aug. 8. Many of the altcoins have been moving in the opposite direction during Bitcoin's rally.

The Top 5 Cryptocurrencies to Invest In Today

NEO was the worst-performing coin in the top 10 today.

Prices were off as much as 13% before it ticked down into single-digit losses. That said, the downturn was expected after last week's meteoric rise.

Over the last seven days, NEO is up more than 150%, and its market capitalization of $2.2 billion is on the verge of surpassing Litecoin, which has been sliding since flirting with $50.00 levels.