The Dow Jones news today is highlighted by U.S. President Donald Trump's latest executive order threatening to crack down on China's intellectual property abuses. Dow Jones futures are up 55 points this morning even though China threatened to take defensive action to protect its interests. 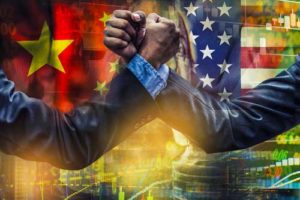