For crypto prices today, Bitcoin rebounded and hovered near the $4,300 level, while Ethereum pushed past the $300 mark. 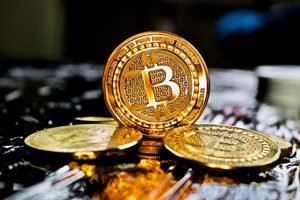 One of the biggest stories this week has been the news that companies are acquiring Bitcoin for the sole purpose of holding it in the future should they experience a cyber breach from criminals.

In the wake of the HBO hack - which compromised communications among network officials as well as unreleased shows and materials - companies have been accumulating cryptocurrencies in the event they need to make a "bug bounty" payment.

Bitcoin prices rebounded from Tuesday's decline thanks to investors stepping in and buying on the dip.

Fund manager VanEck has submitted a new prospectus to the SEC for an actively managed ETF that would allow investors to purchase stakes in derivatives that are tied to the underlying commodity.

The Bitcoin Cash price was moving slightly higher Wednesday on news that the BCH blockchain had surpassed 37,000 transactions since its inception.

It took just 16 days for BCH to reach this level.

Ethereum prices followed Bitcoin higher on Wednesday. The cryptocurrency was rebounding past the $300 mark.

It was another good day for the cryptocurrency vying to become the "Ethereum of China." NEO became the sixth-largest cryptocurrency by market capitalization, as it approached $50.00 per coin.

With a market cap of $2.445 billion, NEO has moved past Litecoin. The price has rallied more than 125% in the last week thanks to increasing hype about the future of the blockchain in the world's second-largest economy.

Meanwhile, Advanced Micro Devices Inc. (Nasdaq: AMD) announced plans to introduce a new software driver that has been developed for the purposes of cryptocurrency mining.

In a statement, the company said that Radeon Software Crimson ReLive Edition Beta for Blockchain Compute is a beta-level driver that can improve GPU performance for cryptocurrency miners.

Despite the announcement, shares of AMD stock fell 3% on the day.