According to Bitcoin.com, there were over 37,000 transactions cleared on the MB block. 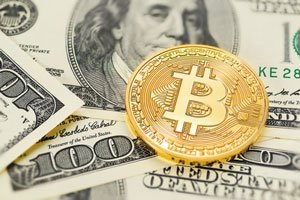 The total market capitalization of the global cryptocurrency market hit $143.8 billion on the day. Below is a recap of the top cryptocurrency prices at 1 p.m. EDT

Now that we know all of today’s price movements, here’s what has been moving these cryptocurrencies...

The price of Bitcoin is now worth more than three ounces of gold. Still, the price dropped about 1.7% on the day.

But any Bitcoin price drop could actually be a great buying opportunity...

By 2030, the price of Bitcoin could reach $1 million. We know what you’re thinking - but Bitcoin reaching that price isn’t as crazy as you think.

Bigger blocks mean more transactions per block, which is promising for digital currency investors who supported the Bitcoin “hard fork.”

However, a spam attack may have filled the block with thousands of artificial transactions, making it bigger than it should have been.

The Ethereum price dipped about 1% on Friday and sat near $300 in early afternoon trading. The currency has found a nice place at the $300 level while other coins experience a wave of price volatility.

Ethereum has hovered between $285 and $325 over the last week, but it still remains below the all-time high it set earlier this year. Prices didn’t move much after the news that Bitcoin’s largest software wallet – Blockchain – announced plans to add Ethereum to its platform.

Must Read: The Ultimate Guide to Profiting from Bitcoin – Free Report